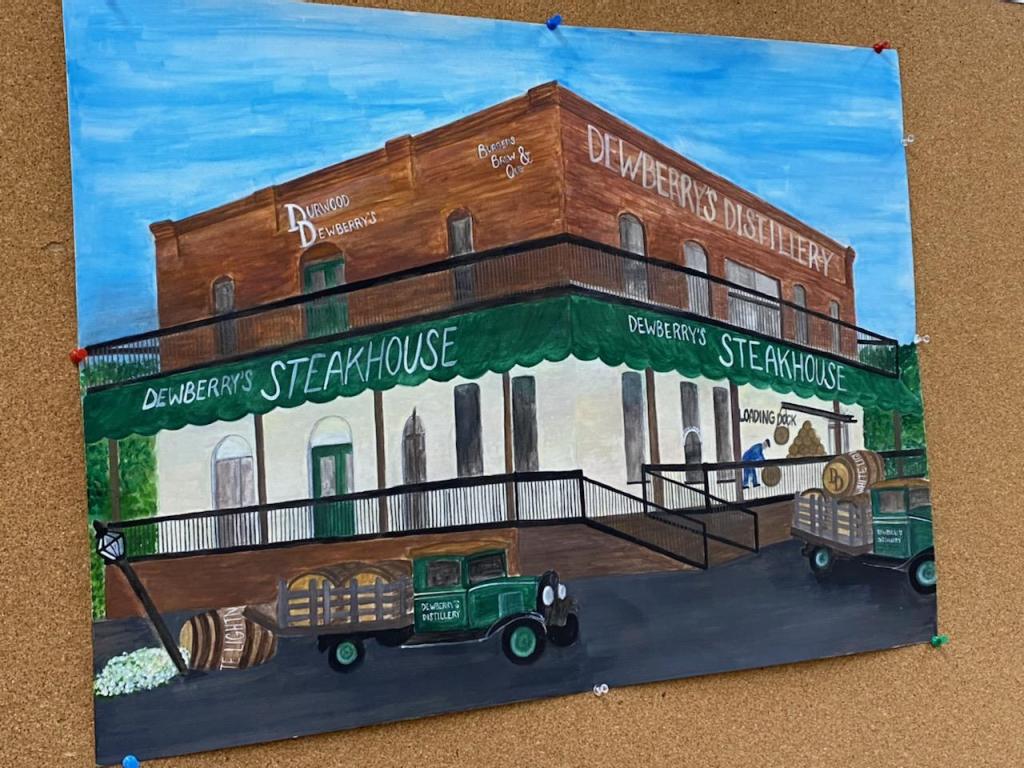 Downtown Greenville has seen several new businesses join the community this year. During last Tuesday’s city council meeting, Durwood Dewberry’s Steakhouse announced it would be among those who are bringing something new to downtown Greenville.

Located next door to the Greenville Chamber of Commerce, off of Commerce Street, the three-story building that will house the new steak house has been in the community for quite some time.

In a past life, the building was used as a feed store.

“This business is going to be different from a lot of things,” Morgan Heartsill, an owner of the proposed business, said. “When you come in, you can expect a dinner and a show.”

According to Morgan and her father, Mike Pouncey, another owner in the business, the restaurant’s first floor will have a warehouse theme.  In contrast, the second floor will feature a roaring 20s dancehall theme where guests can view live entertainment.

“The theme of this business is a distillery,” Pouncey said. “The Dewberry’s were bootleggers, and their entire business was centered around whiskey making. The lower floor will be themed like a working warehouse. When you’re seated there, everything is themed to loading whiskey.”

The business is pushing towards a grand opening this December.

“We want to do something that Butler County can be proud of,” Pouncey said at the end of the presentation. “We want this place to be a destination that people from all over will want to come in and eat at.”

Mayor Dexter McLendon said he is excited for the business to open.

“We have a lot going on in town right now,” McLendon said. “If anyone says nothing ever happens in downtown Greenville, I’ll point them to things like this to show them that we are working hard to bring new things to the community. I think we will have a good response from the community once it all comes together.”

FDA turns up the HEAT with summer camps