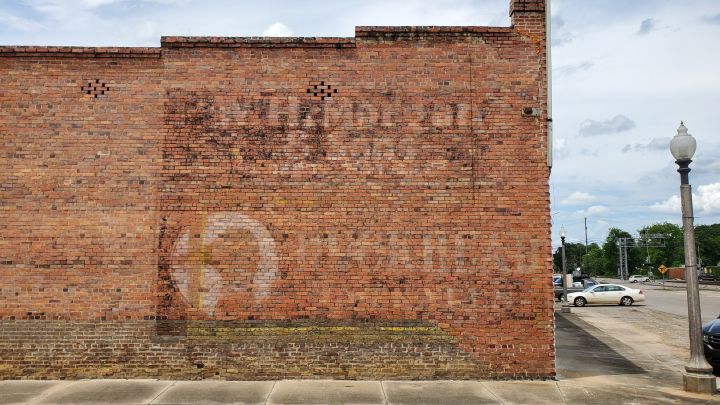 Photo of the Duckhead mural featured on the GoFundMe page

It has been over a month since Georgiana resident and master muralist Michelle Black set up a GoFundMe to raise money for one of her upcoming projects.

Looking to recreate the beloved Duckhead mural in downtown Georgiana, Black set up her GoFundMe on Friday, May 28, to raise money for the paint, materials, and supplies needed to complete the mural.

According to the description of the GoFundMe, Black would like to “paint the mural to make it look like it never faded, never disappeared and never went away.” To this end, Black has worked tirelessly with members of the community to find old reference photos for the project.

Additionally, as the current Duckhead logo is different from the one originally featured on the building, Black has put in great effort to secure permission to use the image.  However, according to Black this task has proven to be very difficult.

“At this time, I haven’t made much progress in getting permission,” Black said. “I’m still not entirely sure who it is that I need to get in contact and I’m trying to figure that out.”

Since she posted the GoFundMe, Black has received $330 in donations. Although this a long way off from the fundraiser’s goal of $2,000, Black is still very appreciative of everyone who donated.

In an update post on the GoFundMe page, Black thanked every donator by name, stating that she was “so grateful for the donations so far.”

“There are so many people trying to bring Georgiana back,” Black said. “Anything that I can do that can help achieve that I am more than happy to do.”

If you would like to donate to the GoFundMe or for more information, please visit https://www.gofundme.com/f/georgianas-duckhead-mural?member=11389749&sharetype=teams&utm_campaign=p_na+share-sheet&utm_medium=more&utm_source=customer