The Edge Theater to reopen 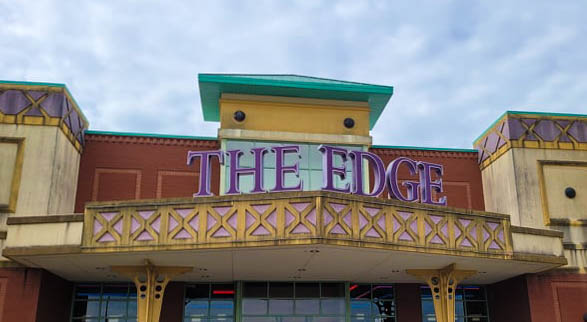 The Edge Movie Theater will reopen its doors Thursday for a small VIP viewing and will reopen to the general public on Friday, July 2, just in time for the Fourth of July weekend.

The Edge 8, located at 601 Paul Stabler Drive and will be showing F9, Hit Man’s Wife Bodyguard, Peter Rabbit, In the Heights, The Conjuring 2, Quiet Place Part II, and Cruella.

The mayor touched on the subject during an interview on Q-94’s Kyle and Dave Show on Tuesday morning, saying the theater owners are planning to begin matinee showings on Friday.

“This was a big undertaking on their part and there’s been some changes along the way. They had to go in and do a lot of cleaning, get new projectors installed and other things. It’s been a job,” Mayor Dexter McClendon said

The mayor said he hoped that local citizens would keep their enthusiasm for the movie theater’s return alive “and go back and keep supporting it.”

McLendon said a number of announcements of coming attractions to the Camellia City would be happening in the next 18 months or so.

“There are lots of moving parts involved—but it’s all good for Greenville,” he added.

The Edge 8 originally opened on July 4, 2007 and was operated by Edge Theaters. By 2008, Phoenix Theatres Entertainment was managing the property.

The theater closed unexpectedly in August 2018, reopening in October of that year.

COVID-19 restrictions forced the Edge to close its doors again in 2020.

“We are new operators in a partnership with the previous owners,” Jake McSparin said. “Our Group V.I.P Cinemas is a family owned theater operator. We have 14 other locations, most in the Midwest.”

McSparin is from Illinois, but has felt very welcomed by Greenville in the short time he has been here. “We were lucky coming to this beautiful facility,” he said. “The support and welcoming from the city has been overwhelming, just super awesome. I do a lot of these and I have never been to a town where I have called the local internet provider and they send someone out in twenty minutes.”

McSparin said there is very little to be done here except for a deep clean and to refocus on management and customer service as the theater reopens.

“I am looking forward to visiting The Edge with my own family, and I know many others are as well. How great to be able to enjoy the big screen again right here in our hometown, rather than driving to another county to do it,” Salter said.