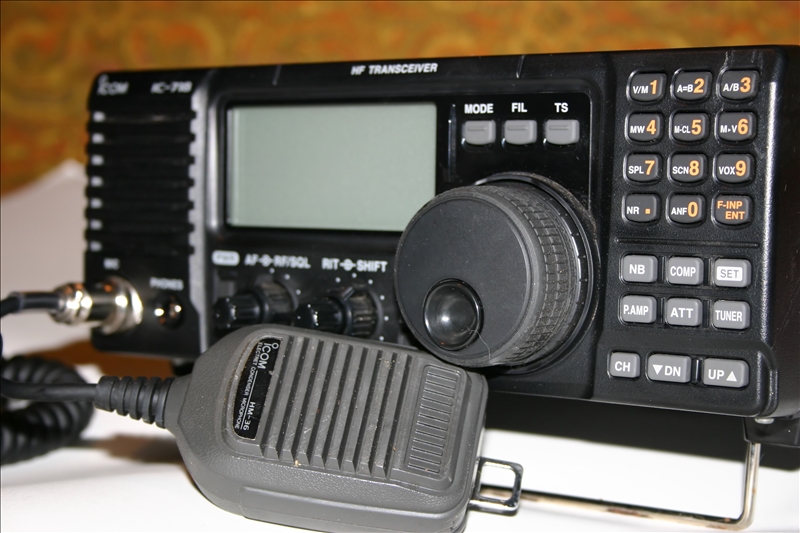 Members of the Jim Bell Wireless Association will be participating in the national Amateur Radio Field Day exercise, June 27-28 at 2828 Sand Cut Road (Old Time Farm Day location). Since 1933, ham radio operators across North America have established temporary ham radio stations in public locations during Field Day to showcase the science and skill of Amateur Radio.  This event is open to the public and all are encouraged to attend.

For more than 100 years, Amateur Radio – also called ham radio – has allowed people from all walks of life to experiment with electronics and communications techniques, as well as provide a free public service to their communities during a disaster or emergency, all without needing a cell phone or the Internet.  Field Day demonstrates ham radio’s ability to work, reliably under any conditions from almost any location and create an independent communications network. More than 35,000 people from thousands of locations participated last year in Field Day 2019 activities.

“It’s easy for anyone to pick up a computer or smartphone, connect to the Internet and communicate, with no knowledge of how the devices function or connect to each other,” said David Isgur communications manager for the American Radio Relay League, the national association for Amateur Radio. “But if there’s an interruption of service or you’re out of range of a cell tower, you have no way to communicate. Ham radio functions completely independent of the Internet or cell phone infrastructure, can interface with tablets or smartphones, and can be set up almost anywhere in minutes. That’s the beauty of Amateur Radio during a communications outage.”

“Hams can literally throw a wire in a tree for an antenna, connect it to a battery-powered transmitter, and communicate halfway around the world,” Isgur added. “Hams do this by using a layer of Earth’s atmosphere as a sort of mirror for radio wave, In today’s electronic do-it-yourself (DIY) environment, ham radio remains one of the best ways for people to learn about electronics, physics, meteorology, and numerous other scientific disciplines.  In addition, amateur radio is a huge asset to any community during disasters or emergencies if the standard communication infrastructure goes down.”

Anyone may become a licensed Amateur Radio operator. There are more than 725,000 licensed hams in the United States, as young as 9 and as old as 100. And with clubs such as the Jim Bell Wireless Association it’s easy for anybody to get involved right here in Greenville, Alabama.

For more information about Field Day or Amateur Radio, contact fieldday@k4tus.com or call 334-399-5386 or visit www.arrl.org/what-is-ham-radio