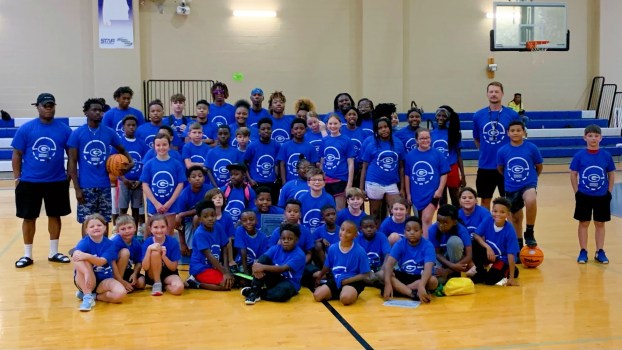 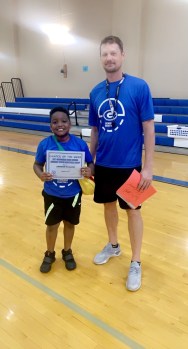 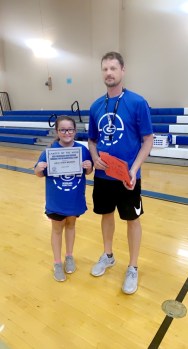 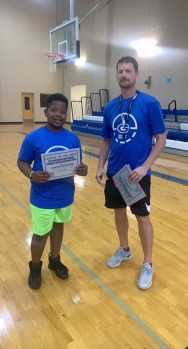 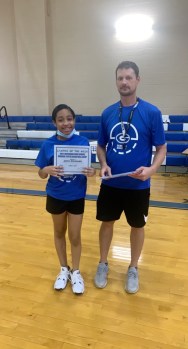 The camp was held from June 7 thru June 9 in the school’s gym. The camp was open to boys and girls between the ages of seven and 14. This year’s camp was the thirteenth consecutive year the camp has been held excluding 2020 due to COVID-19.

Registration included a twenty-five dollar fee per camper, with all proceeds going to the Georgiana basketball program.

Children who were registered before May 27 received a Georgiana Basketball Camp T-Shirt.

In total, the camp raised approximately $2,000 for the basketball program.

At the start of camp, kids were split into four groups by age. The four groups were NBA, BIG 12, G-League, and SEC. Group NBA was composed of the oldest camp participants, while SEC consisted of the youngest.

Once assigned to their group, campers participated in activities that helped them learn fundamental basketball skills that were taught by Georgiana High School staff and players. Campers also competed with fellow campers in daily competition and gameplay. Activities including gotcha, hotspot free throw competitions, and five-on-five games.

This year’s camp saw 67 kids in attendance, which is the most participants the camp has had in 13 years.

“This camp is mainly used to introduce kids to the game of basketball,” said Georgiana High school head Coach Kirk Norris. “We want the kids to have fun because it is a game and games should be fun.”

At the end of the third day of camp, the following campers were recognized as camp champions:

Campers of the Week:

Camp champions received a certificate celebrating their accomplishment as well as prizes ranging from Nike headbands, armbands, headties, and wristbands.