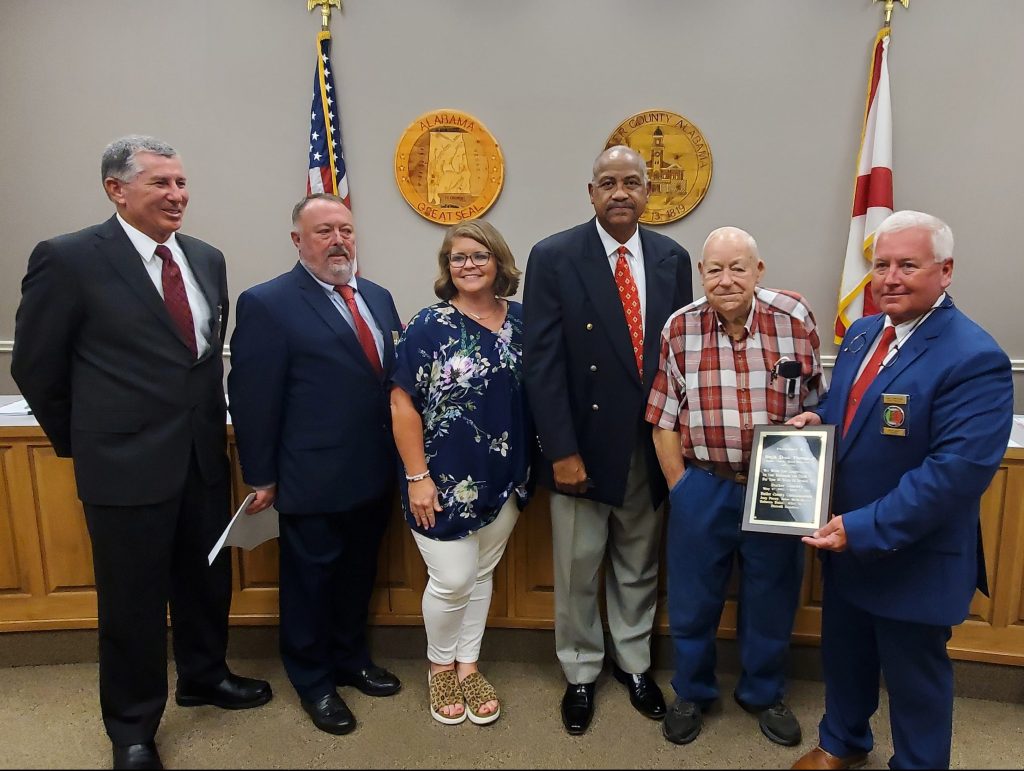 Thompson started working with the Road Department in 1956 as a truck driver with a starting pay rate of 85 cents an hour. Thompson has seen the county change quite a bit since he first started with the road department.

“He was here during all the times that the budget was about a quarter of a million dollars. Now it’s over 15 million dollars,” said Commissioner Jesse McWilliams III. “When you talk about some of the roads around here, he was here when they were being built.”

When Thompson started, the only paved roads in the county were U.S. Highway 31, Alabama Highways 10 and 106 West, and a few county roads. Thompson has seen 550 miles of roads in Butler County paved and re-paved.

Thompson worked under six engineers throughout his time with the road department and worked on many projects. Some of the projects included:

Thompson received a plaque to commemorate all he did for Butler County.

In other business, the commission: