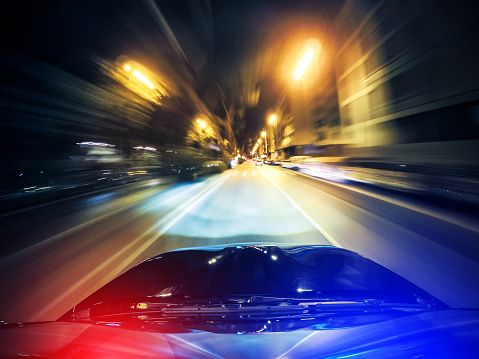 Crazy ride on the night by car

The Greenville Police Department recently located a vehicle that was reported stolen from Atlanta, Georgia.

On the morning of June 1, the newly installed camera system in the police cruiser identified the vehicle as stolen. The officer attempted to make contact with the driver on Fort Dale Road. It was then that the driver fled the scene.

The officer pursued the vehicle until the driver lost control and crashed into the wood line on Cahaba Road. The suspect exited the wrecked vehicle and fled on foot into a large wooded area.

With the help of responding officers, the suspect was apprehended and taken into custody after a short foot chase.

According to the police report, investigators found the vehicle contained several stolen items from a local store. After reviewing video footage, investigators confirmed that the suspect had stolen several hundred dollars worth of merchandise from the store prior to officers making contact with him.

The driver refused to give his name or personal information to the officers. Multiple IDs were also found on the driver.

The Greenville Police Department is currently working with the FBI to identify the suspect.

The suspect is currently charged with receiving stolen property first degree,  attempting to elude law enforcement and theft of property third degree.  Greenville PD is working with the FBI and Atlanta PD in reference to additional pending charges.

The suspect has been identified as 31-year-old Dominque Ramone Johnson from Texas.  The joint investigation is still ongoing to determine if any additional charges will be placed on the suspect.