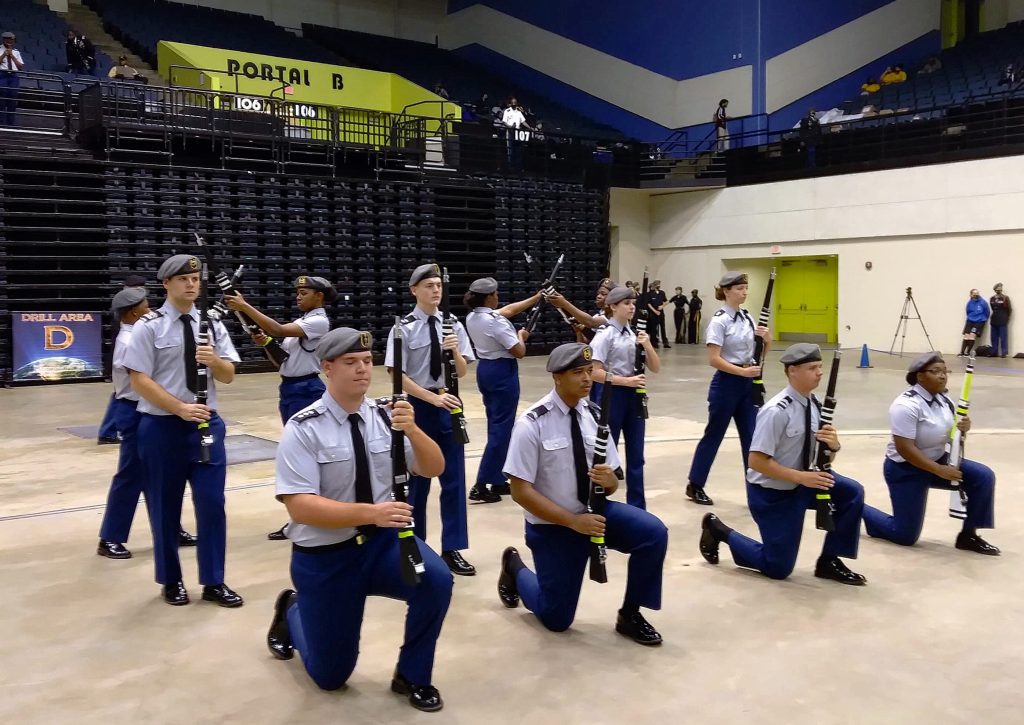 In recent weeks, a group of Greenville JROTC cadets has experienced opportunities rare for many of their fellow cadets around the state and country.

The Greenville High School JROTC Drill Team and Color Guard were recently honored as one of only two JROTC programs in the state of Alabama to be invited to compete at the National Drill Championships in Daytona Beach, Florida, held  April 30-May 1 at the Ocean Center Civic Center.

The 18-cadet-strong contingent traveled to this national competition just days following the Alabama State Drill Championships, which were held on Saturday, April 24 in the Camellia City. This meet marked the first time ever that Greenville hosted a JROTC state-level championship event. It was a proud moment for the cadets and their leaders, says Col. Alan Hester, Greenville Tiger Battalion instructor.

The state-level meet allowed approximately 150 students from around the state to compete for awards, similar to those involving school athletic teams and special groups. Greenville received numerous accolades from 6th Brigade Army and from competing schools for the execution of the drill meet during what had been a difficult year for all involved.

National was both a daunting and amazing experience for the local JROTC cadets, Hester says.

“Attending a meet for the first time at the highest level–alongside drill teams from military schools and schools which attend every year–was a bit humbling, as we finished in the middle of the pack.

However, we performed to the best of our ability and represented Greenville with tremendous pride,” Hester said.

“We treated it as an opportunity to learn from other top teams and for cadets to increase their ‘ownership’ by incorporating ideas they came up with over the weekend. The cadets also had fun and conducted themselves perfectly at every turn. I also saw how much more these cadets bonded as a unit during our time at Nationals. Overall, it was such a positive experience for all involved.”

Raise Your Voice Rally to be held May 17