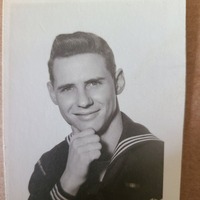 Retired Chief Petty Officer Floyd Heath (76) from Honoraville, AL passed away on April 18, 2021. Floyd was born on December 1, 1944 in Tuskegee, AL. He grew up in Montgomery, AL until he joined the Navy at 17 years old. Floyd retired from the Navy after 20 years of service and moved to Polk County, Fl. He went on to retire from the PolK County School Board and settled down to enjoy retirement in Honoraville.

He is preceded in death by his father Thomas Heath, his mother Esther Locke, his sister Patricia Davis, and 2 brothers Franklin Heath and Steve Locke.