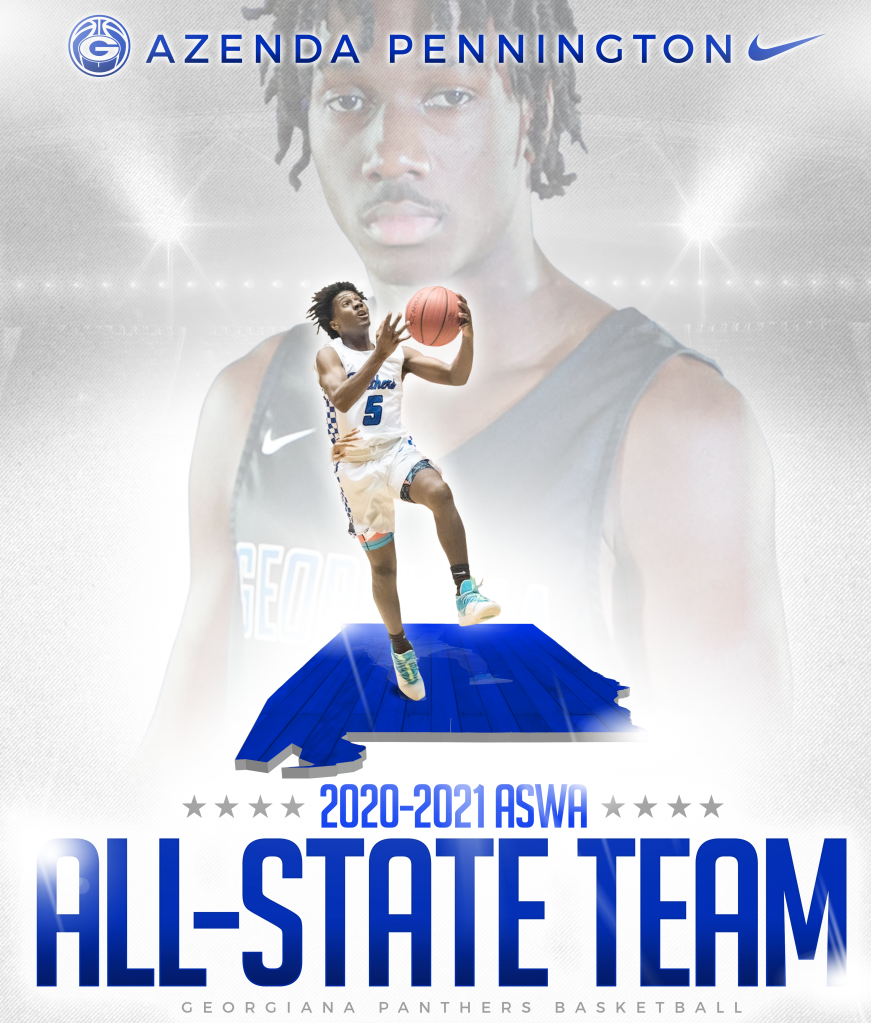 Azenda Pennington is a senior and member of the Georgiana boys varsity basketball team. He was selected for the boys All-State Team.

As the Alabama Sports Writers Association announced the 2020-2021 boys basketball All-State teams, Georgiana student Azenda Pennington was ecstatic to learn that he made the cut.

A member of the ASWA’s Class 1A All-State third team, Azenda says he was excited to be included. “It feels truly wonderful to be recognized as one of the All-State players and represent not only myself, but myself as well,” said Azenda.

Because of Azenda’s hard work and dedication to the sport, Georgiana was able to keep up their streak of having a player from their program recognized as an All-State team member for the eighth straight year.

As a soon-to-be graduating senior, Azenda says that he has enjoyed every minute of his time playing for Georgiana. “I had a great playing with the team these past few years. They are all great guys,” he explained. “ It was a bit upsetting to have the season end the way it did, especially because we all thought we had something to prove, but I have really enjoyed my time here.”

When asked if he had any parting words for the rest of the team, Azenda said that they should never lose sight of their goals.

“Just focus on what you’re doing as a team and I am sure that you will get to the championship,” said Azenda.

Azenda said he also wanted to compliment Coach Norris for all the time and handwork he has put into the team.

“Coach Norris is a great man and a great coach. He taught me so much during my time on the team and I am so grateful for all he has done,” he stated.