Dawson Sarblah ready to start his next chapter 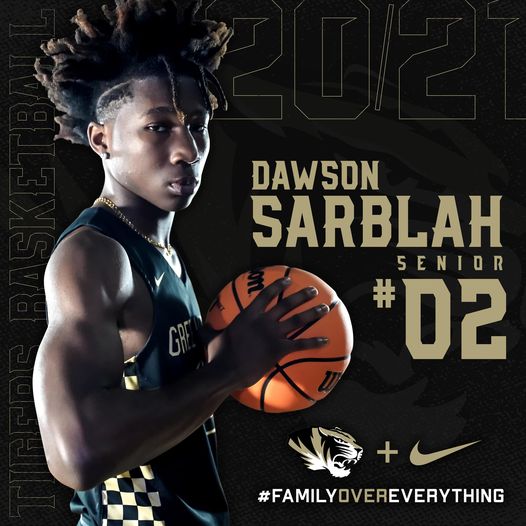 After four years playing for the Tigers, Greenville High School’s Dawson Quaye Sarblah is getting ready to start the next chapter of his life.

Dawson’s fascination with the game of basketball extends all the way back to his childhood.

“I grew up in Greenville and would always play basketball at the rec center,” Dawson explained. “That’s where my love for the grew really started to grow.

As captain of the Greenville Tigers,  Dawson says he was always held to a higher standard than the rest of the team.

“Coach Mickles really instilled in me a great work ethic,” Dawson said. “Things weren’t always easy, with anything there were plenty of ups and downs, but I have really enjoyed having him as my coach. He taught me a lot.”

Despite a worldwide pandemic, Dawson continued to work hard to be the best player he could be.

Not only did Dawson achieve a 1,000-career point milestone, he also broke a school record by scoring 24 points against Charles Henderson in early February. He also made it into the 2021 ASWA 5A All-State First Team.

“It felt so great when I accomplished that career point milestone,” Dawson said. “I didn’t even know I did it until after one of our games, the coach came up and told me. And this is something I have wanted since the 9th grade, so everyone was so excited for me when I got the news.”

Now that Dawson is close to graduating, he says that the relationships he has built on the team is going to be one of the biggest things he will miss.

“I have made so many friendships while on the team,” Dawson explained. “It’s really hard knowing I’m going to be leaving Greenville, but I know that I have to move on and try and make something of myself out in the world.”

When asked if he has any parting message for his teammates, Dawson says he hopes they remember to follow his example.

“I hope that I have instilled in them a good image of what it means to be on this team,” he said. “It’s not always about you, and I hope they now know what to expect when playing future games.”

Dawson also says he hopes Coach Mickles keeps up the great work he has done coaching the team.

“There are a lot of kids out there who need the guidance and life lessons he has provided to me while on the team,” Dawson explained. “I hope he continues to guide kids in the future like he has with me.”

After graduation, Dawson will be attending the Air Force Academy.

Macon East gets 13-0 win over CCA on Friday