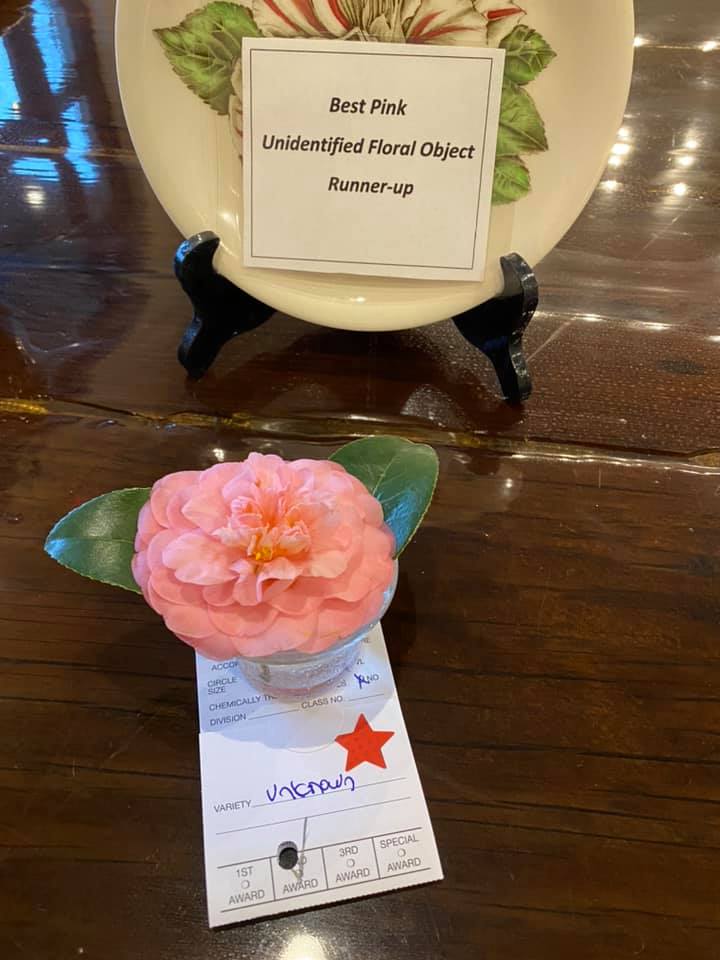 Last weekend, Margo Fort, owner of the historic Beeland-Stanley-Fort House in Greenville, took a number of her property’s finest blooms to Brookhaven, Mississippi for the 68th annual Camellia Society Show. She came away with the blues—blue ribbons, that is.

This novice flower show participant went up against hundreds of blooms shown by long-established nurseries, seasoned professionals, and camellias grown in greenhouses, as opposed to her all-exterior camellias.

“I had so much fun in Brookhaven,” Fort said. “I was beyond excited about doing this first show, and I spent many hours online in advance doing research about preparing my blooms for the show, and all the things I would need to know before I attended and while I was there,” Fort said.

Flowers are definitely part of Fort’s heritage. Her family helped found Nashville’s Cheekwood Botanical Gardens, part of an estate similar to Alabama’s beloved Bellingrath gardens. She recalls attending many Garden Clubs of America flower shows as a child, with family members often serving as judges themselves (“Isn’t it normal for every child to go hauling buckets of flowers on the weekends?”). Having her own blooms judged was another matter altogether for Fort, but it was a step she was happy to take.

“You have to start somewhere,” she said. “Camellia experts and enthusiasts have reached out to me and given me constant encouragement. They are thrilled that I care about this historic ‘time capsule’ of the camellia in Alabama.”

Fort credits local historian/camellia enthusiast Barbara Middleton and Forrest Latta, author of “The Field Guide to Camellias” as her main mentors in the process.

Fort, who is in the process of restoring her home and its grounds, has been busy in recent months discovering all the varieties of camellias found on the property. Most of the plants date back to the 1930s through the 1950s, the heyday for camellias in Greenville.

Former Greenville Advocate editor Glenn Stanley was an avid supporter of all things camellia, promoting the beautiful blooms in the newspaper and directing readers to the prettiest displays around town, while encouraging local schools, churches, businesses and civic clubs, as well as homeowners, to plant camellias. He also spearheaded the effort for Greenville to take on its now iconic nickname of the Camellia City.

The antebellum home’s special place in Alabama’s horticultural history is one of its greatest attractions for her, Fort says.

of all these wonderful camellias . . . I am determined to keep learning as much as I can and to share these blooms with as many people as possible,” Fort, a member of the Southern Garden History Society, said.

“People sought me out at the flower show last weekend because they know the important role Greenville played in camellias. They wanted to teach me and I wanted to learn.”