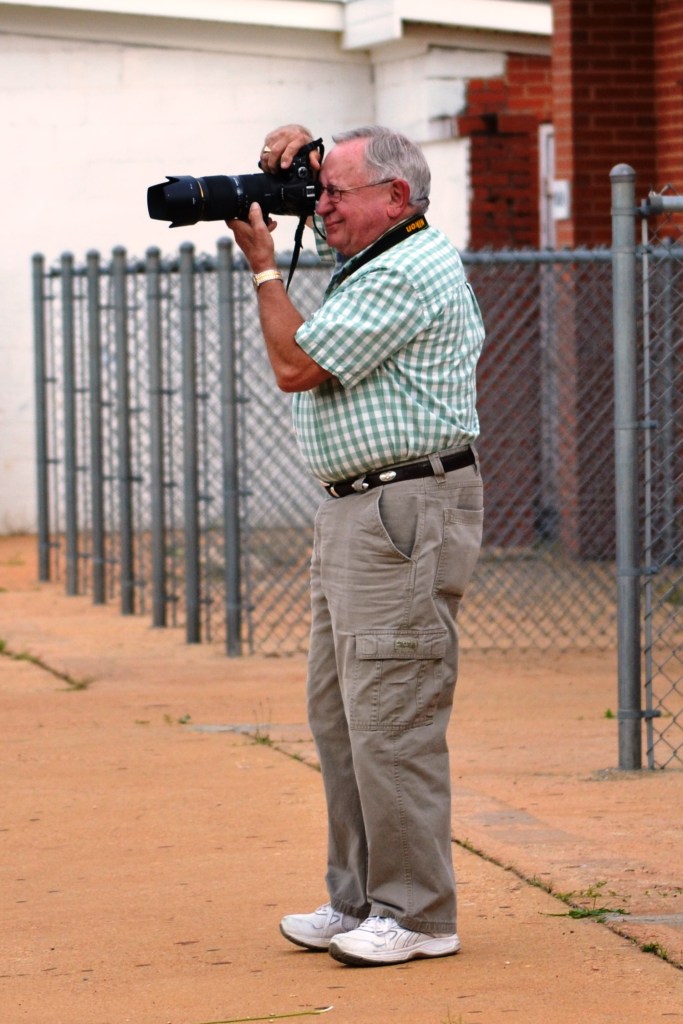 The Greenville Advocate lost one of its own with the passing of staff photographer and reporter Cecil Folds. Folds, a Greenville resident,  passed away on January 6 at the age of 78.

Born in Fort Deposit, Folds moved to the Camellia City as an infant and considered it his hometown.

He spent 31 years as the purchasing manager for International Paper, formerly Union Camp, before his retirement there, going on to serve in the same position at Corstone and Connector Manufacturing. For many of those years, he was also an enthusiastic and active photographer, shooting weddings, family photos, class reunions and other events. Folds worked for several years on the staff of The Greenville Standard before joining The Greenville Advocate in late 2016 as a general assignment reporter and photographer.

Known to many as “Mr. Cecil,” Folds and his array of camera equipment were a familiar sight at many events across the community, particularly anything to do with sports.

“Mr. Cecil and I shared a love for sports photography,” said Kathy Pickens, a photographer for the newspaper.

“He patiently taught, advised and encouraged me, and I will greatly miss him on the sidelines. He was a neighbor and friend as well as a mentor.”

As the former publisher of The Greenville Advocate, Tracy Salter recalls Folds’ dedication to his job.

“I’ve known Mr. Cecil for many years and also had the opportunity to work with him two of those years in the newspaper business where he served as a reporter and photographer,” Salter said.

“He was very hardworking and dedicated – even when it came to coverage of spur-of-the- moment events or happenings, which occur quite often in the newspaper world.”

Salter recalls Folds as a dependable, reliable  and friendly employee always willing to go “above and beyond.”

“For as long as I’ve known Mr. Cecil, he always greeted me with a warm and genuine smile and always took the time to ask about work, family and life in general,” she said.

In his own way, Salter says, Folds was a historian for Greenville and the greater community.

“Mr. Cecil was a talented photographer and his photos have chronicled the life and times in our community for many years,” she said.

“He’s been on the sidelines of football games and court side of basketball and volleyball games for as long as I can remember.”

Folds was a faithful founding member of the Camellia City Baptist Church. He was also long active with the BS & W Volunteer Fire Department, where he held the position of fire chief for more than 15 years.

At his funeral, a special 911 dispatch call was made at the dedicated volunteer’s end of watch—a touching moment for Salter and all those present.

“That was such a powerful moment. It spoke volumes concerning the kind of man Mr. Cecil was — a hardworking and genuinely kind person who loved his family, church and community.  He will be deeply missed,” said Salter.