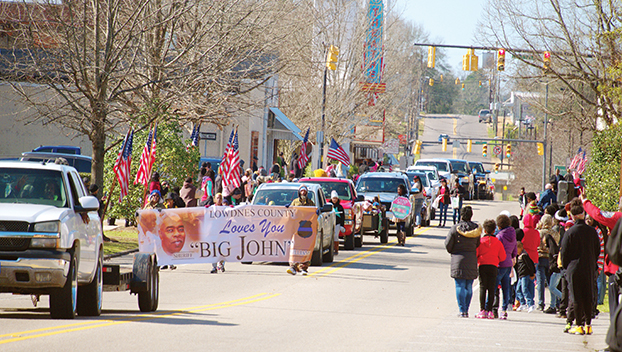 The Butler County Concerned Citizens are holding their second ever MLK Day Parade on Monday Jan. 18.

The event, which is open to the public, was carefully organized over the course of several months and hopes to honor Dr. King through the theme of this year’s parade: “I have a dream.”

The grand marshal of the parade will be Kenneth Crum.

Crum, a native of Greenville and a GHS alumnus, is a founding member of the Butler County Concerned Citizens.

Crum is also the current owner of B+N Travels UC and is a member of Tuskegee Universities Athletic Hall of Fame; the same university where he earned a bachelor’s in business administration.

The parade, which will be bigger and better than last year’s event, promises to entertain its audience with floats, bands, ATVs, classic cars, motorcycles, and much more.

Anyone interested in participating in the parade should contact Robert Blankenship of the Butler County Concerned Citizens at 334-300-8394.