Jones named 1A lineman of the year 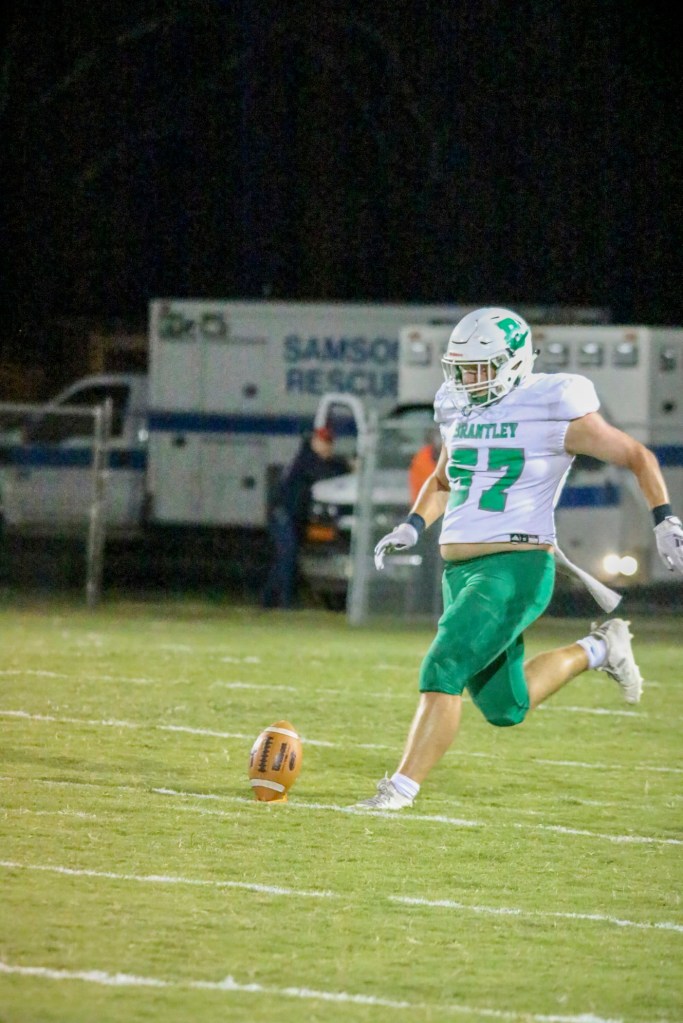 Carson Jones kicks the ball during a game this past season. Photo Courtesy of BHSphotos

Carson Jones has been named 1A Lineman of the Year by the Alabama Sports Writers Association for 2020. Carson is a senior at Brantley High School and is the son of Roland (Little Roland) and Tonya Jones. Roland is also the Bulldogs head coach.

Little Roland said he was very excited for his son. “Carson was up against a lot of good athletes and I was surprised when I heard the news. I am proud of all the hard work that he put in and that hard work has paid off.”

Carson ended the season with 67 tackles, 30 solo and 37 assists, three sacks, nine tackles for loss and three fumble recoveries. He was also awarded 1st Team All State for his junior and senior years and honorable mention as a sophomore.

Carson found out the news via text message while duck hunting in Mississippi. Carson said that he is honored with the recognition.

“There were many talented offensive and defensive linemen nominated for this award and I am still in shock that I was selected. I share this award with my teammates who stood beside me every game and practice. Football is a team sport that has taught me lessons about the sport as well as life.”

Carson said he would like to thank the ASWA for the recognition given to him and the entire Brantley football program.

The Bulldogs went into the semi-finals with an impressive record of 13-1. Linden ended the Bulldogs’ road to a championship when they overtook Brantley with a final score of 22-7 in the fourth round of playoffs.

Unfortunately, due to the Covid-19 pandemic, there will not be an awards banquet this year. Carson has been extended offers from Mississippi College and Huntingdon College.

Mayor: Luverne has big plans for 2021