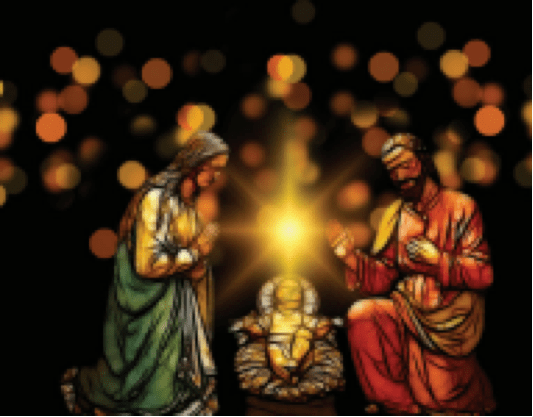 “Behold, the virgin shall conceive and bear a son, and they shall call his name Immanuel.”

Local ministers shared the true reason for Christmas isn’t the nice presents under the tree, but God’s gift of his son to save the world.

“When I think about Christmas, it’s all about the coming of our savior, Jesus Christ,” Clower said. “Other festivities around this time are fine, but the gift that God gave to us should be what comes first and foremost.”

Clower said one of his favorite verses during Christmas time is John 1:14, which states, “The Word became flesh and made his dwelling among us. We have seen his glory, the glory of the one and only Son, who came from the Father, full of grace and truth.”

Clower explained the significance of the first several verses of John.

“A critical part of the gospel is the fact that Jesus was truly, fully physical human. The First eighteen verse of John’s gospel not only introduce Jesus, they counter false spiritual beliefs. One of the errors is the idea that Jesus was only a mirage, or an illusion. This is not true, as Christ was one hundred percent authentic human being,” Clower said.

“It’s imperative that we remember that the true meaning of Christmas is about the birth of Christ. Everything else that comes with the Christmas season sprouts from God’s love,” Borgen said.

Borgen revealed that one of her favorite Christmas verses is Isaiah 9:6, which states, “For unto us a child is born, unto us a son is given: and the government shall be upon his shoulder: and his name shall be called Wonderful, Counselor, The mighty God, The everlasting Father, The Prince of Peace.”

“It’s such a succinct statement,” Borgen said. “It reminds us of the ancient prophecy – that God has fulfilled his promise by sharing his one and only Son with the world.”

“It truly gives us the hope that many of us are searching for,” she said.