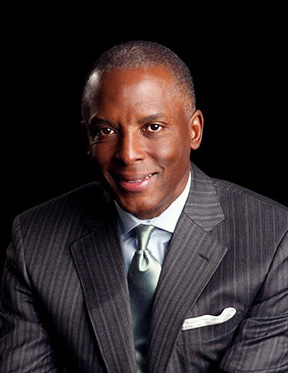 One of Greenville’s own was named the first black president and CEO Georgia Power last month, and he sat down with The Greenville Advocate to talk about his success and to offer some encouragement for the younger generation.

Chris Womack was named president of Georgia Power. He leads Georgia Power in serving its 2.6 million customers across the state. The company is the largest subsidiary of Southern Company, one of the nation’s leading energy providers.

Prior to his current role, he served as executive vice president and president of external affairs for Southern Company where he led overall external positioning and branding efforts including the company’s public policy strategies and oversaw the company’s governmental and regulatory affairs, corporate communication initiatives and other external and strategic business engagements.

Prior to joining Southern Company, Womack worked on Capitol Hill for the U.S. House of Representatives in Washington DC. He served as a legislative aide for former Congressman Leon E. Panetta and as staff director for the Subcommittee on Personnel and Police for the Committee on House Administration.

Womack is a member of the board of directors of Essential Utilities, Inc. He currently chairs the board of the East Lake Foundation, is on the national board of The First Tee and is the incoming chair of the board for the Alliance to Save Energy. Womack has chaired the Atlanta Convention and Visitors Bureau board and the Atlanta Sports Council. He has also chaired the board for Communities in Schools of Georgia and served as a member of the Children’s Healthcare of Atlanta board. He has received numerous honors, including the Johnny Morrow Endowment Foundation “Man of the Year” (1996); SCLC Leadership Award (1998); Distinguished Alumni, Western Michigan University (2003); Black Enterprise 100 Most Powerful Executives in Corporate America (2012) and Black Enterprise Magazine’s 75 Most Powerful Blacks in Corporate America (2005). He also received the Boy Scouts of America Whitney M. Young Award for Public Service (2007); the Boy Scouts of America Silver Beaver Award (2010); the Black Enterprise/Porsche Intelligent Performers Award (2010); the National Award of Merit from Alpha Phi Alpha (2011); and Let Us Make Man Community Service Award (2019). He is a member of the Leadership Atlanta class of 2000 and the Leadership Birmingham class of 1990.

Womack, a 1975 graduate of Greenville High School, talked about his success and wanted to encourage local youth to be all they can be.

“The work ethic I learned growing up in Greenville has been an important part of who I am today,” he said.

Womack credited growing up with mother and grandmother and really his whole family in developing the strong work ethic that has led to his success.

He said that his family had commitment to being involved in the Greenville community and in the school.

“Those things I learned back then, have been very important to me,” he said. “They have been major factors in the success I have been able to experience.”

After I left high school I went outside in Western Michigan and went to Washington D.C., working on Capitol Hill.

“I always wanted to work in Alabama,” he said. “In 1987, I decided to leave Capitol Hill and move to Birmingham.”

There, Womack joined Alabama Power Company in 1988 and has worked for Southern Company ever since.

“I’ve always had a deep appreciation and love for the state of Alabama,” he said. “I always wanted to work there and contribute to the growth and development of the state.”

Womack said that life is about being all you can be and he encourages local young people to do just that.

“Kids, need to stay in school,” he said. “It’s critically important that you graduate and that you get your degree. The marketplace is so competitive. Then, you decide what you want to do in terms of continuing education. You decide what path you want to take. Decide what you want to be and put your plan together and work hard. Build relationships with people. Be nice to people. Work well and be a good team member. I think if you do those things you have a good chance of being successful.”

Womack said he decided to go to school in Michigan because he had family there and he thought it would be good to get away and have a different perspective.