Zaxby’s opens for business on Monday 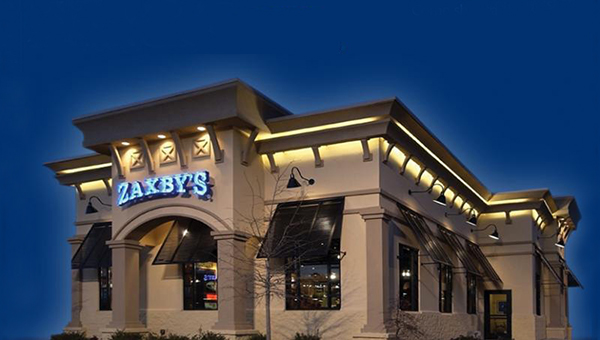 In November, the City of Greenville announced it would sell a portion of property in the Interstate Plaza shopping center to LA Cluckers Holdings, LLC for $450,000. That property, located in front of Citi Trends, was expected to become home to Zaxby’s. (Photo courtesy of Zaxby's)

The chicken has finally hatched and Zaxby’s opened on Monday and is located on Fort Dale Road.

After seven years of working toward building the franchise, the goal has been achieved.

“We have been trying to get it built for seven years now,” Owner Jadia Carter said. “And we are excited. This is the first store with the new design.”

On the grand opening day, which was Monday, witnesses saw cars circled around the restaurant multiple times.

The city responded with praise of the new restaurant and there has not been one “slow” day since the opening.

Due to COVID-19, the dining room could not be open but that did not stop customers from supporting and ordering their “Zalads” and “Fingerz.”

As for right now, locals can get their deliciousness in the drive-thru.

But don’t let that worry you, she said.

They have an additional order-taker.

Zaxby’s has a tablet system similar to Chick-Fil-A that will allow for a more speedy drive-thru experience.

“We have had a great response from the community,” she said.