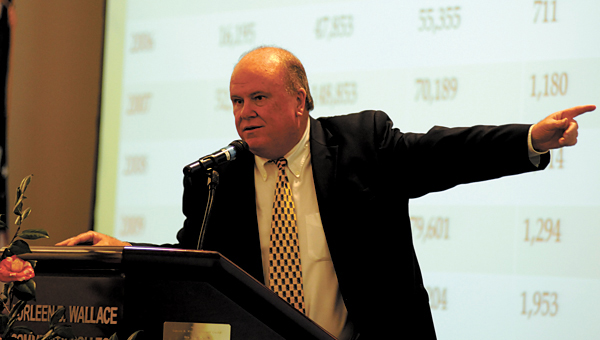 Greenville Mayor Dexter McLendon will serve a fifth term. McLendon and all five city councilmen were unopposed in the municipal election. (File photo)

“I’m glad I won,” McLendon said. “It was a tough battle and I look forward to serving another four years and with two new council members. We plan to continue to move Greenville forward.”

City Clerk and City Election officer Dee Blackmon said that there are a few provisional ballots that will need to go through the verification process at the board of registrars. Those ballots may or may not influence this race. The city will canvass the election results in one week.