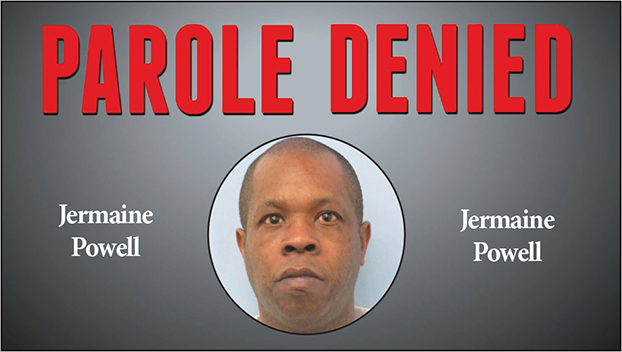 The Alabama Board of Pardons and Paroles denied a Butler County man parole last week.

Jermaine Powell was denied parole on his nonviolent offenses on June 10. Powell is currently serving a 15-year sentence for distribution of a controlled substance from 2017. He is serving another sentence of three years for the same charge concurrently. According to Alabama Department of Corrections records, he previously served several sentences for the same offenses including multiple sentences from Butler County in 2010.

The Alabama Department of Pardons and Paroles held 40 hearings on June 10. No paroles were granted. The inmates who were denied parole included 22 offenders who had convictions for violent crimes.