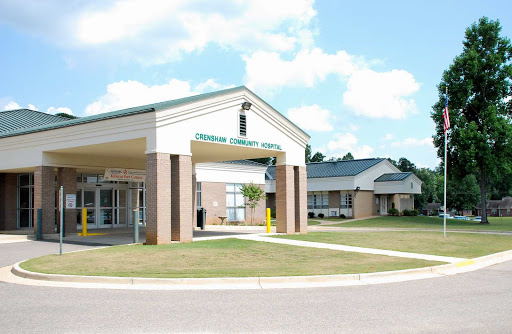 Following months of struggle both legally and financially as well as the recent coming-aboard of management company Alliant, the Crenshaw County Commission recently hinted at a light at the end of the tunnel coming sooner than expected regarding the Crenshaw Community Hospital.

For in-depth details regarding the background of the county/Health Authority management of the hospital, see the front-page story in the March 26 The Luverne Journal. The initial story will also be made available online on The Luverne Journal’s website.

Commission Chairman Charlie Sankey Jr. lead the discussion by updating those present at Monday’s meeting on the issue.

“(County attorney Levi Nichols) and I have been working really hard for the last two months on the hospital and funding, and I think he’s coming down to the nitty-gritty on the USDA loan,” Sankey explained. “We did get the PPP (Paycheck Protection Program), which is very good. Currently, we have a $1 million pledge against a line of credit that the hospital has for operation expenses. The hospital, once it gets the USDA loan, is going to pay that line of credit off. But tentatively, we need to go back and pledge that $1 million towards that USDA loan either for when the loan gets down to 80 percent or when the (3-mill ad valorem) tax is passed, which is up in the air. So the pledge won’t last forever, but we need to do that. I think things are in pretty good shape – better shape than I anticipated at this point.

Sankey then turned the meeting over to Nichols, who went on to further detail the circumstances.

“I guess the headline would be ‘The county and COVID-19 save your rural hospital,’ which is essentially what it may boil down to, which is probably as bizarre as anything I’ve ever seen,” Nichols said. “The USDA loan is $4.8 million and I’ve been working on it for two month. Just their initial checklist of requirements is about 21 (items) long and is all sorts of different stuff. We tried to go through (Luverne) First Citizen’s. I think chairman Sankey was on board to do it, but I think some of the other powers-that-be didn’t want to do it. So, we went to Troy Bank. It’s a $4.8 million loan.”

For context, Sankey is also a loan officer at First Citizen’s Bank in Luverne. Next, Nichols went into how the USDA loan will be utilized.

“The (initial) line of credit here at First Citizen’s was $1.5 million, which has done a lot to make this work and chairman Sankey has done a lot to make this work,” Nichols said. “That was drawn out for operations and has been spent. The first $1.5 million (of the loan) will be used to pay that off. The next $1 million, probably almost $2 million, will go towards the state-mandated renovations. The remainder will be used in case they need it operationally. USDA guarantees 80 percent and everything will be good if the tax passes. If the tax does not pass, everything will still be OK, it will just retain that pledge. The good news is that the hospital is open and things are trending in the right direction.”

“The provider number issue is we’ve been in a real slowdown due to COVID-19,” Nichols said. “Everything’s been done, we’re just waiting for CMS to say ‘it’s over.’ So, we don’t have complete controls of the revenue (right now). The revenues are terribly, terribly low right now because they are trying to steer people away from the hospital and aren’t doing much testing. You basically have a bad situation until you come out of this. Because of that, though, the federal government has started issuing stimulant money. The first round was about $200,000 and the second round is, we found out last week, over $3 million. So, we may not even need the (county) pledge for the USDA loan, but due to the meeting, chairman Sankey and I thought it would be best to go ahead and do it in case we do need it. We are submitting it, not using it, banking on being able to use some of the new stimulus money as pledge. It isn’t money that’s just spent right away anyways – it’s safety net money; it was timing. In the meantime, we got to a point where First Citizen’s – via chairman Sankey – would do the PPP loan. That hospital PPP loan was about $1.2 million. That plus USDA plus the stimulus money has put us in a whole different situation financially that looks like we might get through this and down the road without anyone getting skinned up too bad.”

He continued by recommending the commission pledge the (USDA loan-related) money to Troy Bank, “but we very well may not need it.”

The commission went on the approve the $1 million pledge.

Several other measures were also passed during Monday’s meeting including:

Finally, the commission authorized the cancellation of the Monday, May 25 night meeting, which falls on Memorial Day, though a meeting can be called if necessary.