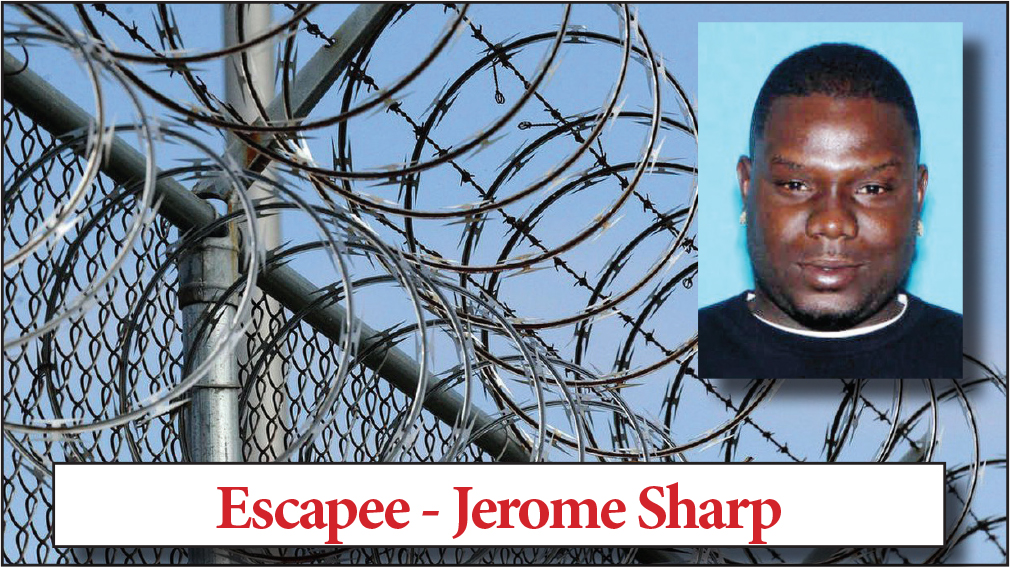 Authorities in Butler County are searching for a man who escaped from the Butler County Correctional Facility early Monday morning.

Sheriff Danny Bond said Jerome Sharp, a 32-year-old black male, who is 5-foot-9, 220 pounds, is still on the run and law enforcement is seeking tips from the public as to his location.

“At approximately 5 a.m. this morning, we had an inmate from the correctional facility by the name of Jerome Sharp escape from the facility,” Bond said. “He went out and climbed the fence on the back by what I call the loading dock where they bring in the groceries and everything.”

“He’s still on the run,” the sheriff said just before noon Monday. “We’re not real sure what direction he went in. We think a vehicle picked him up. He has ties to folks in the Montgomery area. If anybody sees him or knows of his whereabouts, please call 911 or the sheriff’s office.”