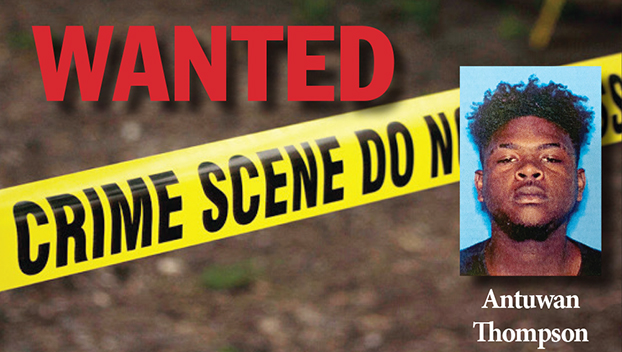 A Sunday afternoon shooting has left a Greenville man dead, two suspects in behind bars and police searching for a third man considered “armed and dangerous.”

Greenville Police Chief Justin Lovvorn said officers received a call of the shooting at a gas station on Willow Lane around 4:45 p.m. Sunday. Officers arrived on the scene and observed a black male in the parking lot with a rifle and were able to take him into custody without incident. At the scene, officers determined another vehicle was involved in the incident and began searching for it.

“A Butler County Sheriff’s deputy saw a vehicle matching the description put out by Greenville officers as it turned into the Regional Medical Center of Central Alabama,” Lovvorn said. “Officers responded and found two of the suspects that were involved in the shooting. One of the subjects had a single gunshot wound and was treated by hospital staff in the emergency room. The individual was pronounced deceased a short time later by hospital staff.”

The victim was Deandre Powell, 27, of Greenville.

Lovvorn said the two other suspects were taken to the Greenville Police Department to be interviewed by investigators as other investigators responded to the gas station on Willow Lane where the shooting occurred and collected evidence.

“The investigators were also able to locate several witnesses to the incident,” Lovvorn said.

Lovvorn said the investigators were able to determine how many people were involved in the shooting and the weapons they used.

“Officers were able to seize one weapon from one of the suspects and investigators and were able to locate three additional weapons during the process of their investigation,” Lovvorn said.

Lovvorn said Thompson is a 6-foot-4, black male who weighs around 240 pounds. He was last seen wearing a red shirt with white writing on it.

The reason for the shooting is not completely clear at this time, according to Lovvorn, but both sides “advised that there had been a disagreement between them for some time now.”

“I would like to commend our officers’ quick response and our investigators’ excellent police work, which helped to prevent any other innocent civilians from being injured by the reckless violence of a few individuals,” Lovvorn concluded.