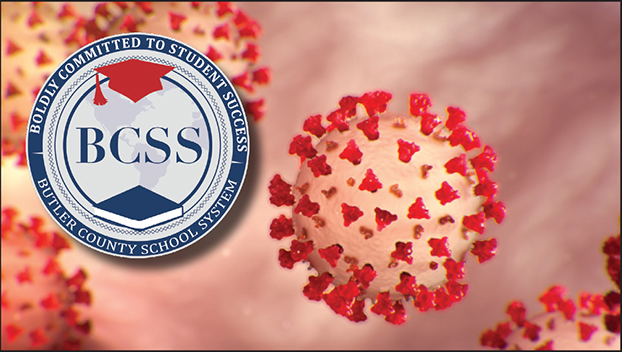 Butler County School System Superintendent Joe Eiland announced earlier today that schools in the district will close early next Friday in an effort to disinfect all BCSS facilities following the state’s first confirmed case of COVID-19.

“The purpose of the early release is to conduct a thorough cleaning and disinfecting of our facilities,” Eiland said. “Further guidance will be provided to all staff as to the processes we will follow on the afternoon of March 20. I ask that everyone comes together in a spirit of safety and doing what is best for our communities as we implement some proactive steps to lessen the impact from the effects of COVID-19.”

The early release applies only to students, according to Eiland.

The case was found in a resident in Montgomery County, State Health Officer Scott Harris said. Harris said the person had traveled to another state.

“We have been expecting to find a case for some time,” Harris said during a news conference. “We’ve tried to be very open about that. We are not surprised that we found a case.”

The Alabama Department of Public Health recommended that people cancel or avoid large public gatherings with more than 500 people — schools and workplaces not included.

Harris also said people should stay about six feet apart from others in public and to “please stay home if you are sick.”

Alabama School Superintendent Eric Mackey made a statement late Thursday that schools are being advised to cancel events that could put large numbers of students and parents in a tightly packed space.

“What we have told schools is that they should, as quickly as possible, cancel or postpone events,” he said. “Those might be student plays or performances or student assemblies.”

Late Thursday afternoon, BCSS officials announced that the Alabama JROTC State Championship Drill Meet scheduled for this Saturday in Greenville had been cancelled due to concerns over the coronavirus.

Col. Alan Hester, senior JROTC instructor at Greenville High School, said the decision was made at the national level.

The meet is usually held in Montgomery, but organizers announced two weeks ago that it would be moved to Greenville to the delight of BCCS officials.

No plans for rescheduling have been announced.

Schools in the BCSS will remain closed the following week for the district’s scheduled Spring Break. As for now, schools are scheduled to reopen on Monday, March 30.

Alabama was one of the last states to report a case. The state lab began testing last week, Harris concluded.

As of 12:30 p.m. on Friday, March 13, the Centers for Disease Control and Prevention confirmed that 1,629 cases of COVID-19 had been reported in the United States, resulting in 41 deaths.