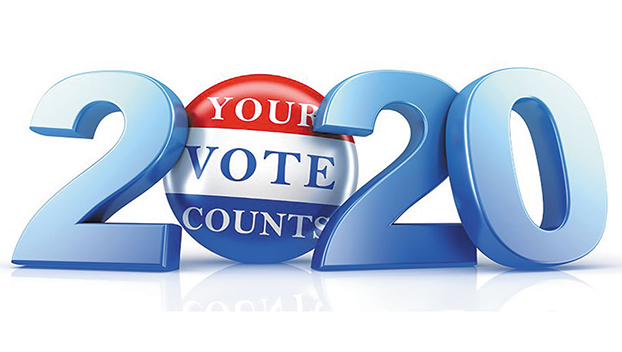 Locally, races include Butler County Commission Districts 1, 3 and 5 on the Republican ballot, along with BOE District 3.

On the Democratic ballot, local races include BOE District No. 2.

Voters must choose between a Democratic or Republican ballot at their polling place.

The Democratic is much shorter this primary season, owing in part to the large number of contested Presidential delegate spots.

For President of the Public Service Commission, Laura Casey and Robert L. Mardis III are listed.

For the Butler County Board of Education District No. 2 seat, Carolyn Kelley Crenshaw and Lois H. Robinson are listed. 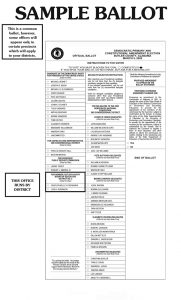 The Republican ballot contains contests for Places 1-26 almost entirely for delegates to the 2020 RNC for incumbent President Trump. Place 1 features a contest between uncommitted delegates. Voters can only vote for delegates for their chosen Presidential candidate via party rules.

For Associate Justice of the Supreme Court, Place No. 1, candidates include Greg Shaw and Cam Ward.

For the Court of Civil Appeals Judge, Place No. 2, candidates include Phillip Bahakel and Matt Fridy.

For the Court of Criminal Appeals, Place, No. 1, candidates include Melvin Hasting and Mary Windom.

For the Court of Criminal Appeals, Place No. 2, candidates include Jill Ganus, Beth Kellum and Will Smith.

For the Republican nominee for the President of the Public Service Commission, candidates include Twinkle Andress Cavanaugh and Robin Litaker.

For the Butler County BOE, District 3 contest, candidates are Paul A. Mitchell and Brandon Sellers. 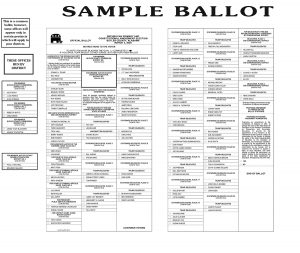 Lastly, both ballots contain a proposed amendment to the Constitution of Alabama of 1901 to change the name of the State Board of Education to the Alabama Commission on Elementary and Secondary Education and change the board members from being elected to being appointed by the Governor and confirmed by the Senate.

Furthermore, the title of “State Superintendent” would also change to “Secretary of Elementary and Secondary Education.”

Current State BOE members’ terms would end when new board members were appointed by the Governor, should the amendment pass.

If a runoff is needed, it will be held on March 31.

The General Election will be held on Nov. 3.