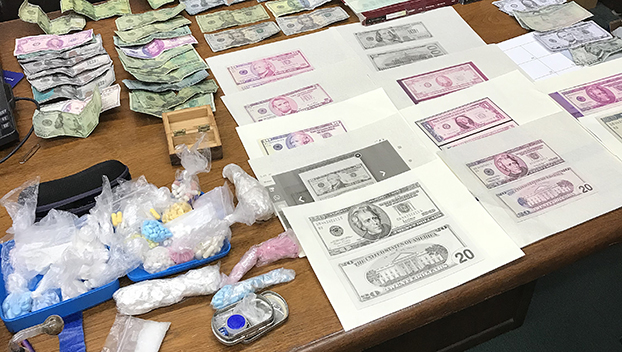 A domestic incident in the Town of McKenzie turned into a substantial drug bust for the Butler County Sheriff’s Office Thursday.

According to Sheriff Danny Bond, deputies arrested a white male and booked him with a laundry list of charges, all stemming from a 911 call.

“He left before deputies arrived, but was located shortly thereafter” Bond said.

During the investigation, deputies discovered counterfeit money, along with a variety of controlled substances.

The suspect, whose name and age is being withheld by authorities while the investigation continues, was charged with 20 counts of possession of a forged instrument, possession of drug paraphernalia, giving a false name, domestic violence, third-degree assault and possession of controlled substances.