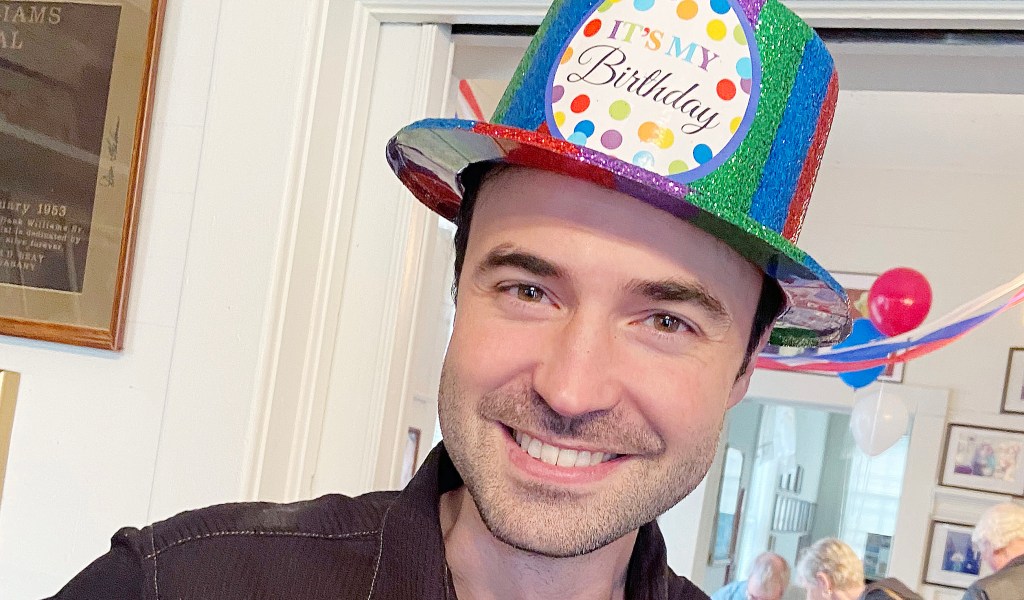 Musician Edward Johansson smiles for the camera during a birthday party held in his honor Sunday in Georgiana. | Photo by Chloe Langston

The singer returned to the small town of Georgiana shortly after Christmas. Of course, this was after he visited the famous “Music City” for a few days.

Johansson said that he returned to the area because he wanted to “experience Christmas and New Year’s celebrations in America.” He loved the bright lights and live music in Nashville at Christmas time, but he ultimately brought in 2020 with his friends in the small county we call home.

Sherri Little Brackin, the president of the Hank William’s Sr. Fan Club, said that she wanted him to celebrate his birthday here as well. As an early birthday present, Brackin took Johansson to his first-ever Mardi Gras parade in Mobile.

“I’ve been to Spanish celebrations where they threw candy, but I have never had beaded necklaces and Moon Pies thrown at me by the dozen, “Johansson said. “It was awesome!”

At his party, he was adorned with a colorful Mardi Gras hat and was presented a King Cake as the attendees sang “Happy Birthday.”

Johansson left for Sweden Tuesday, but said that he hopes to return very soon.