Courthouse locked down due to threat 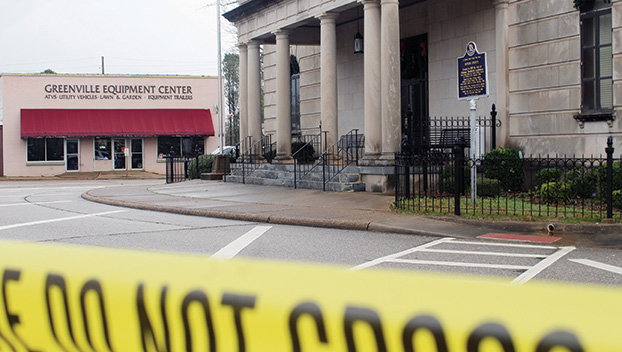 Butler County Sheriff Danny Bond said some of his deputies noticed a suspicious package with “concerning language” written on it outside the Sheriff’s Office door during shift change earlier that morning.

Bond added that his department is investigating a “person of interest” due to an undisclosed name present on the package.

The Sheriff’s Office took steps to create a perimeter around the courthouse with assistance from officers with the Greenville Police Department.

GPD chief Justin Lovvorn said the Sheriff’s Office is “investigating the origins of the package” and “can’t discard it as a threat” due to the nature of the package.

A bomb squad from Montgomery arrived at the courthouse Monday morning to dispose of the package. The scene was cleared just before noon.