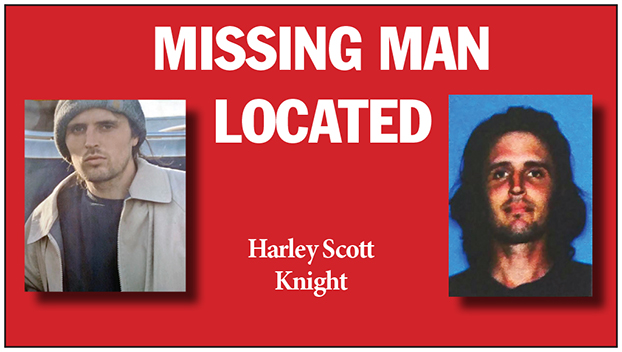 The Central Alabama CrimeStoppers released information provided by the Butler County Sheriff’s Office regarding the disappearance of Harley Scott Knight, 26, who was reported missing by his mother. He was last seen at 6 p.m. last Wednesday, Jan. 8, by his mother at a residence located on Halso Mill Road in Greenville. Knight had also called his mother on Friday, Jan. 10, from Hollywood Feeds located off Troy Highway in Montgomery.

According to the report, Knight was diagnosed with a medical condition that causes him to get disorganized and not realize what he is doing. He did not have a cell phone with him and was last seen traveling on foot.