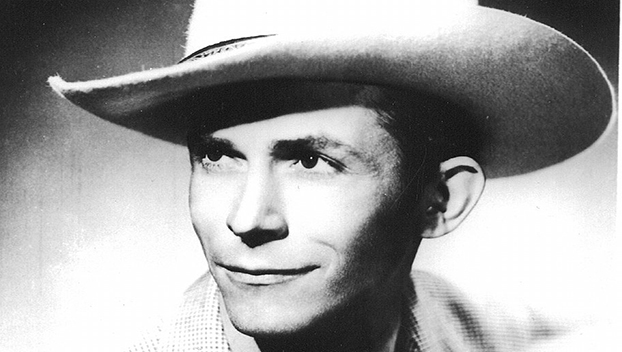 Now, a century later, the native Alabamian is regarded as one of the best, if not the most brilliant star in the music industry. His music is the same as it was before his death on Jan. 1, 1953, but his talents are labeled as pure genius.

His music has been and continues to be an inspiration to many. Colon Leatherwood of Ozark, was enthralled by Williams’ music before he reached his teenage years.

“In the 1960s when most young people were moving to a fast approach of rock, I was drawing inspiration from the sounds of Hank Williams,” said Leatherwood. “When I was around 12 years old, I started buying his records and found myself drawn to his tone, tempo, style, and feel of his music.

“For me, his music added a style that seemed to speak to my soul and the older I got it related to situations in my life. My love for his music is what inspired me to start playing, singing and becoming the biggest fan Hank Williams never knew.”

Early in his career, Leatherwood won a Hank Williams Singing Contest in Montgomery and continues to perform throughout the southeast with his band.

According to Margaret Gaston, a Georgiana, historian, Hank was born near Mount Olive West Baptist Church, near Garland, in Butler County. Hank’s father, Lon Williams was engineer on engine No. 14, one of two log trains operated by W. T. Chapman Lumber Co.

By the time Hank was six years old the family was living in McWilliams, in Wilcox County. Hank entered first grade at McWilliams and shortly thereafter Lon entered the VA hospital. Hank’s mother Lillie moved the family to Georgiana.

The first house burned in October, 1930.

According to Irene Williams, Hank’s older sister, Lillie had found another small house she planned to rent south of town. “We were on the way to the post office to mail a letter, when a man walked up and said, “I’m Thaddeus Rose and I have a house you are welcome to live in rent free until you are able to get on your feet.”

Hank shined shoes and sold peanuts on the downtown streets and at the busy L & N Railroad depot. He met TeeTot (Rufus Payne), an old black man while in Georgiana. TeeTot rode the freight trains, and would sometimes play guitar and sing in the depot. Hank was always following him around, begging him to teach him more about picking the guitar.

The family lived in Georgiana for four years. Lillie moved the family to Greenville, a larger town about 30 miles north, in 1934 or 1935. There is a May, 1935 photo of Hank in his sixth grade class at W.O. Parmer School in Greenville.

Hank was fifteen and living in Montgomery when his father left the hospital and moved to McWilliams. Lillie wanted no part of her former husband, but Hank would often hitchhike on the weekends to visit him.

Hank continued selling peanuts and shining shoes in Montgomery, but by this time he often carried his guitar with him. He would set up in front of WSFA, selling and singing. Before long he was brought into the studio to sing. This was in 1937, or early 1938.

Williams’ successful radio show fueled his entry into a music career. His salary was enough for him to start his own band, The Drifting Cowboys. The original members were guitarist Braxton Schuffert, fiddler Freddie Beach, and comedian “Hezzy” Adair. James E. (Jimmy) Porter was the youngest, being only thirteen when he started playing steel guitar for Williams.

Hank married Audrey Sheppard in December, 1944. Almost from the beginning there were tensions in their marriage, but their troubles grew. There were several separations, until finally, in June 1952, the couple divorced.

William’s talent was pure and simple. Clint Holmes played guitar for Hank while he lived in Shreveport and performed on the Louisiana Hayride, and also drove the band’s big Packard limousine.

“The words would just come to him,” said Holmes. “Many times at night, I would be driving and Hank would be sitting in the passenger seat with a flashlight writing on a pad, or whatever kind of paper he had. The next day we would be on stage and Hank would say, “Give a C-chord boys, I’m gonna let the folks hear a brand new song.”

“And sure enough, it would be a song he had written the previous night.

“A lot has been said about Hank, but he was one of the most honest people I’ve ever met. He would look you up on pay day, just to give you your check.”

Williams reached great heights, but he struggled with alcohol and drug addiction. Some say it was because of a bad back, others because of a tumultuous marriage.

“We stayed friends until the day he died, and every time he came through Montgomery, he would call me,” recalled Jimmy Porter. “The last time I saw him alive was on the Hadacol show when it came to Montgomery in August, 1951. He was on the Pullman car and I talked with him for a long time, and he was doing fine.”

According to Don Helms, Hank’s former steel guitar player, Williams was trying to get his career back on track by proving to promoters that he could be sober and reliable. He had scheduled two shows; one in West Virginia, on Dec. 31, 1952 and the second in Canton, Ohio, on New Year day, 1953.

“I had left Hank and was playing for Ray Price’s band,” said Helms. “We had an off week, and the band had agreed to play for Hank at Canton.

“We were unable to fly out of Nashville due to it snowing and had to drive. As soon as we reached the auditorium in Canton, the promoter gave us the news of his death.”

Like many artists that sing about the truth and sadness of life, his music had the ability to make you cry or smile. He left his prints in the red Alabama dirt, and in the heart and soul of everyone that has heard his music.

The 41st Annual Hank Williams Festival in Georgiana will be held June 5-6 on the grounds of Hank’s boyhood home, which is now a museum. The festival will honor this great Alabamian and legendary songwriter/singer. Whether it’s “Lovesick Blues,” “I Saw The Light,” “Jambalaya,” “I’m So Lonesome I Could Cry,” “Cold, Cold Heart,” “Your Cheatin’ Heart,” or the dozens of other ballads he made famous, you’ll hear them all.