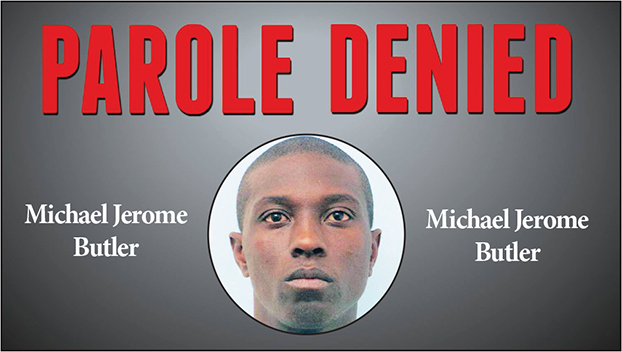 The Alabama Board of Paroles and Pardons denied parole last Wednesday to a Butler County man.

Michael Jerome Butler, 32,  was one of 17 violent offenders and one other inmate that were denied parole. One inmate was granted parole.

Butler was sent to prison in 2010 for two years, seven months for third degree burglary in Butler County. Butler was paroled in 2011, but in 2017 he was sent back to prison for receiving stolen property, unlawful breaking and entering of a vehicle, and theft of property.

He has served less than six years of the 15-year sentence. The Attorney General’s Office reported Butler has committed nine disciplinary infractions in prison.