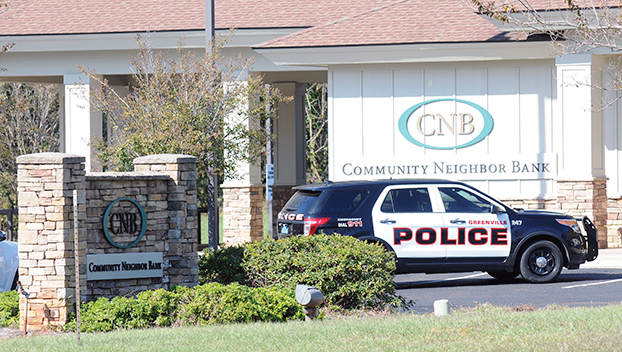 The Greenville Police Department is investigating a bank robbery that occurred shortly after noon today.

Police were called to the Community Neighbor Bank on the Greenville Bypass and as of 1 p.m. had the bank sealed off.

GPD Chief Justin Lovvorn said a single suspect entered the bank and demanded money. No weapon was seen and no injuries were reported.

Lovvorn said he would provide updates on the robbery as soon as they are available.