School scores increase: McKenzie tops with B grade from state 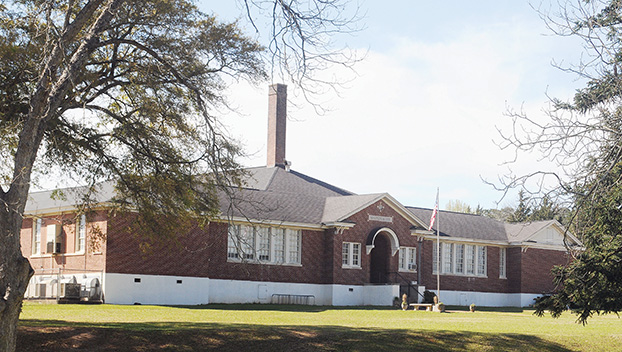 For the second year in a row, the Butler County School System showed increased in scores and moved from a 70 to a 75, or a solid C. All schools showed an increase in scores and/or letter grade, except one. Greenville High School dropped from a 73 (C) to a 68 (D). Greenville Middle School, while still a D, moved from a 61 to 68, Georgiana School moved from a 74 to 79, a C, but just shy of a B ranking. McKenzie School outshined the others in the district and increased from an 83 to an 86 — for an letter grade of B. Greenville Elementary School went from a D to a C with a score jump from 63 to 71, while W.O. Parmer had the same score as Greenville Elementary.

“I’m really encouraged to congratulate our school community in Butler County for the recent accountability results,” Superintendent Dr. John Strycker said. “For the second year in a row, we’ve raised our report card grade. I’m very proud of our students, teachers, school employees and entire school community for this result.”

Strycker said the system’s growth had a lot more to do with many factors other than just the test scores. The state bases the letter grades on academic achievement, academic growth, graduation rate, college and career readiness and chronic absenteeism rates.

“I’m happy with discipline, even though we’ve had some expulsions this year — overall discipline referrals are going down,” Strycker said. “There are correlations to all facets. There are correlations to kids participating in activities and being involved. We’re even trying to improve our food service — what we give our kids to eat.  We’re working on customer service with cleanliness in the buildings and transportation; this all comes together for the scores. It’s not just the principals, teachers and Central Office; it’s the entire staff. Don’t kid yourself that the cleanliness of a building doesn’t affect how students perform. Don’t kid yourself that how they eat doesn’t impact performance. It’s not just theory, it all just comes together. This test score is really a reflection of a lot of people.”

“When you look at our data, what’s exciting is that once our younger students get up to grade level in proficiency, you’ll see even better results,” he said. “We moved from a 70 to a 75 and we still have students that are behind who have been behind since a young age. Once those kids get up to or above grade level at the younger ages, the compounding of that is your ACT score goes up, which in turn raises your grade. We truly could be an A school system — it’s not just some dream.”

Strycker said a renewed focus in the lower grades would definitely impact students as they get older.

“We’re really focusing on those younger grades,” he said. “We need to get them to grade level and keep them at grade level. Many states have a ’gate’ or place students need to be at the end of third grade. Once they’re at grade level, it starts to compound and improve. The reason states have that in place is that it can go the other way. If students fall behind early, it compounds the other way — you’re never going to get your grades up.”

Strycker said for the Butler County School System it is about the “whole child.”

“It’s not just some philosophical thing that sounds neat,” Strycker said. “We look at that whole child. We still look at that whole child because who cares if a student has very high test scores and is No. 1 in everything if they are so unhappy that they’ve considered suicide. The statistic on teens that are hurting themselves are unbelievable. I want people to know that while we’re happy with this, we are still going to look at the whole child. The whole child is a spiritual, emotional, physical and intellectual being. It’s not just that intellectual — they are spiritual and emotional creatures as well.”

Strycker said by focusing on the “whole child,” the scores and other categories would increase.

“If a child is happy and feels secure at school they’ll show up to school,” Strycker said. “Absentee rates and graduation rates are affected by this. It’s important for people to know that we still consider that whole child.”

Strycker, though he is departing for a superintendent’s job in Mississippi soon, spoke about the future of the district.