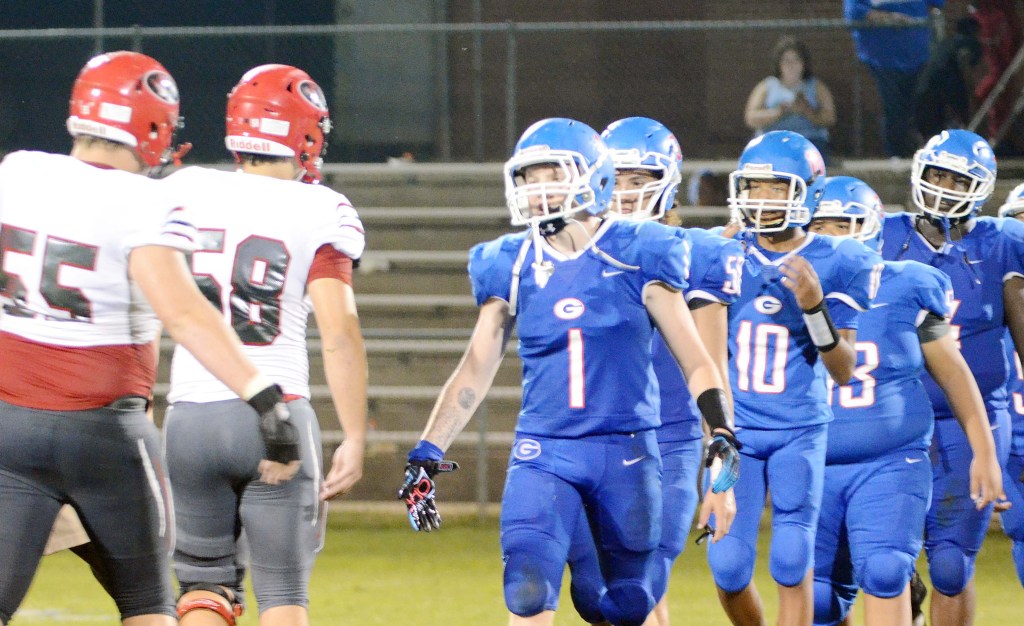 Luverne and Georgiana football players shake hands following their game earlier this season. Both teams will play games Thursday night this week instead of Friday. | Photo by Adam Prestridge

With the threat of wet weather in the forecast Friday night, more than 60 high school football games across the state, including five schools in the tri-county area, have been rescheduled and will be played tonight, Thursday, Oct. 24.

According to the Alabama High School Athletic Association, 63 games will kick off a night early. Among those is one school in Butler County, two schools in Crenshaw County and all three schools Lowndes County.

Georgiana will travel to Red Level tonight in the Panthers’ final Class 1A, Region 2, contest of the season. Also in region action, Luverne in Class 2A, Region 3, will host Samson, while Goshen will visit Highland Home, also in Region 3. With a win, the Flying Squadron would outright win the region championship.

In Lowndes County, rivals Calhoun and Central will square off at Calhoun in a Class 2A, Region 3, matchup, which always proves to draw a huge crowd of fans for both the Tigers and Lions. Lowndes Academy will host Escambia Academy in a Class AA, Region 2, game with region championship implications on the line.

According to Butler County EMA Director Kris Ware, rains will begin moving into the area after midnight and continue Friday and throughout the day Saturday. Rain totals are expected between two and four inches Friday into Saturday, which has prompted game changes.

All games kickoff at 7 p.m.