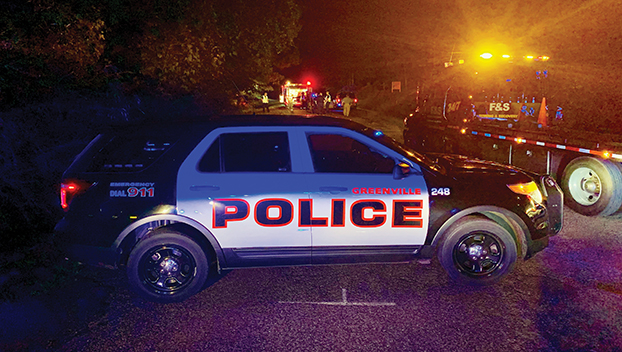 A crash last Tuesday night on Kolb City Road took the life of a Greenville man.

Greenville Police Department officials said Kentelle Smith, 33, lost his life when the 2004 Crown Victoria he was driving left the roadway and struck a tree.

Police and Greenville Fire Department units were called to the area of Kolb City Road and Walker Greene Road around 9:30 p.m. Butler County Sheriff’s Office deputies also responded to the scene and helped seal off the road from bystanders while firefighters worked to free Smith, who was trapped in the vehicle.

A large crowd gathered near police lines on both sides, including family members, who wept at the scene. Firefighters, police officers and other first responders searched the scene with flashlights in a wooded area. Butler County Coroner Wayne Garlock arrived on the scene around 10:15 p.m. and at around 10:30 p.m. a rollback wreck from F&S Towing & Recovery arrived.

It took firefighters nearly two hours remove the car from the tree and recover Smith’s body. Units remained on the scene for several hours.

Last Wednesday, many people stopped to view the scene where the accident occurred.

Greenville Police determined that Smith was the only occupant of the vehicle. Police Chief Justin Lovvorn said Monday that the accident was still under investigation.

Arrangements for Smith were pending at Hudson Funeral Services, LLC., and had not been released as of deadline Tuesday. 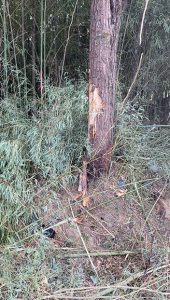 Kentelle Smith died when his car struck this tree. | Photo by Adam Prestridge