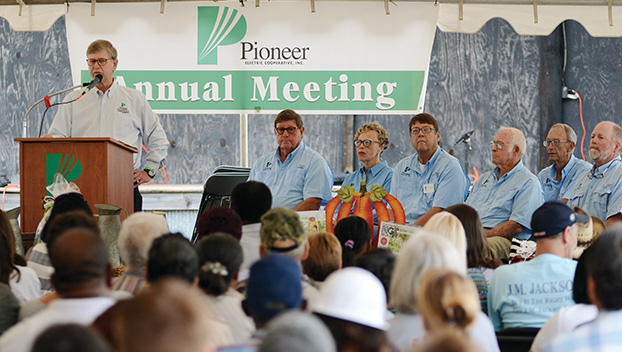 A record number of members and guests were on hand during last Saturday’s annual meeting of Pioneer Electric Cooperative held at the Butler County Fairgrounds.

More than 250 members attended the meeting with more than 100 family members accompanying them. The 2019 meeting featured fun, business and dozens of prize giveaways.

Various exhibitors from around the area were on hand displaying their services, including a Tesla display. Live music was provided by local band Two Lane Hi-Way followed by Pioneer linemen performing a moving display of the U.S. flag.

The business meeting featured information on the new bill format and Project Round-Up, which will begin in 2020. It was also announced that there would not be a rate increase.

Trustees in three districts were unanimously reelected, including Carey Thompson, District 2; Dave Lyon, District 5 and  Linda Arnold, District 8. The update to the bylaws passed by an overwhelming margin.

The prize drawings, always a member favorite, ended with member Linda Miller winning the Grand Prize — a year’s worth of electricity cost credited to her bill. The credit is valued at $2,232. 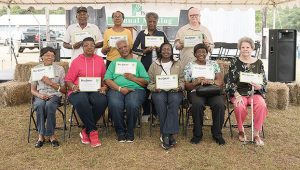 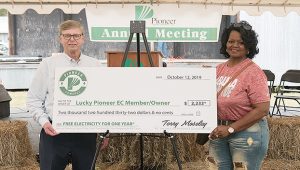