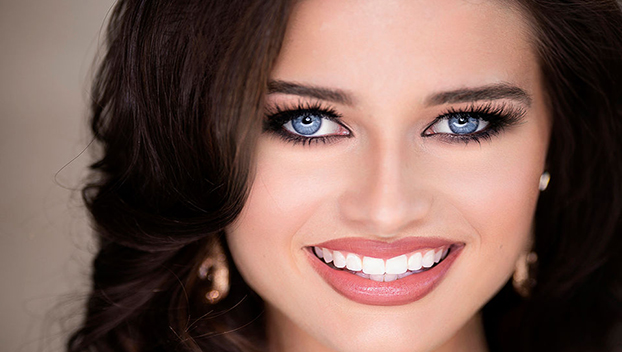 It felt a bit like a David and Goliath scenario — the small town girl competing in a big state program for the very first time.

Sixteen-year-old Dailyn Swann of Greenville competed in the Miss Alabama Teen USA with the thought she would be “one and done.”

“Honestly, I went into this program with no expectations . . . on arrival day I decided to make the most of my time there and make as many new connections as I could,” explained Dailyn.

“With so many beautiful and intelligent young ladies surrounding me, I knew I had no chance to make the Top 15.”

Dailyn’s mom Julie thought there would be stiff competition. Making
Top 15 in a field with so many poised and seasoned contestants, several with modeling contracts already under their belts “would be gravy.”

Not only did Dailyn make that cut, but she went on to make the Top 10, and the
Top 5, ultimately earning first runner-up status at the state level during last Saturday’s program in Auburn.

Shock, awe and tremendous excitement were on tap for the little band of family and friends present in the auditorium, with Dailyn’s fans keeping up with the latest as Julie Swann updated them on social media.

It was practically a last minute decision for Dailyn to participate, and she and her family scrambled to get ready.

“Dailyn had only a few weeks to prepare for the state program, and she was juggling classes at Greenville High School, 13 hours in the dual enrollment program with LBWCC and not one, but two part-time jobs (Sellers Law Firm in Greenville after school and the Clothes Tree in Birmingham every weekend). It didn’t leave a lot of time for anything else,” said Julie.

Not to mention the considerable expense involved when participating in the state pageant.

“The pageant is costly and the girls are required to sell ads and are encouraged to seek out sponsors . . . fortunately, we already had her dress and head shots. Her grandparents and Sellers Law Firm purchased ads, and we were so lucky she had the Greenville Area Chamber of Commerce (where she serves as a Camellia Girl) and so many family and friends who sponsored her,” said Julie. “Also, the T-shirt sales were a tremendous success, and this helped offset the costs. It’s how we were able to financially participate.”

Going in with low expectations actually worked to the “newbie’s” advantage, it seems.

“She was relaxed and I have never seen her more confident on stage . . . and when she appeared after the call back for the Top Ten in that peacock blue dress, she looked like a goddess. I was amazed at the young lady I was seeing on that stage,” Julie said.

Dailyn admits she was amazed, too.

“My expectations were so low that I binged out on Oreos and Reese’s the night before finals because I was so confident I would not be returning in my physical fitness . . . I figured I had maxed out at Top Ten and was so pleased with how far I had made it my first year,” Dailyn explained.

“And then, to my surprise, I was included in the Top Five . . . I had exceeded my own expectations by a long shot, and I was in complete disbelief of the position I was in. I was so shocked with myself that I hadn’t realized I was in the top two until we were standing in the center with the nerve-wracking drum roll. Making it this far with only three weeks of preparation was completely unbelievable to me.”

For the Sellers family, the Miss Alabama Teen USA experience was a fairy tale come to life. Now they will have not one, but two daughters participating the Miss USA program, with oldest daughter Sellers deciding to return to the pageant circuit.

Julie Swann says she is prepared to hold plenty of bake sales, T-shirt sales and mow lots of lawns if that’s what it takes to have both girls represent their hometown—the place that has shown such tremendous support for the young women.

For Dailyn, it is no longer “one and done” as she eagerly awaits participating again next year in Miss Alabama Teen USA.

“I must give credit where credit is due — I would have never made it as far as I did without the support of my community. I am so honored to have been given the opportunity to represent the city that I love,” Dailyn concluded.