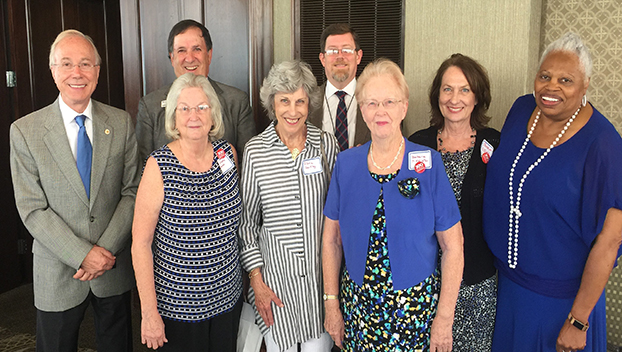 Annie Crenshaw, Chair of the Butler County Bicentennial Committee, assisted both clubs in obtaining their markers. They were delighted to be awarded grants for their much-deserved historic markers.

Participants were treated to a welcome speech by Alabama Senator Arthur Orr, Chair of the Alabama Bicentennial Commission, with remarks by U.S. Congressman Robert Alderholt and Alabama’s Lt. Gov. Will Ainsworth.

Partner organizations at the luncheon included the Alabama State Council on the Arts, the Alabama Humanities Foundation, and the Alabama Tourism Department. Their directors discussed the many grant opportunities available and the various ways their agencies can offer grass roots support to communities across the state.

Mark your calendars! The Butler County Bicentennial Celebration will be held from 10 a.m. until 3 p.m. on Saturday, Nov. 2, at Confederate Park in Downtown Greenville. The Bicentennial of our county and our state will only happen once in our lifetimes – let’s make the most of it!