Roses gears up for Grand Opening 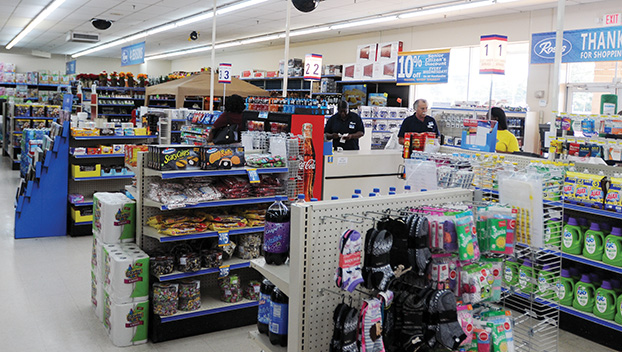 The new Roses Express located in the former Fred’s in Greenville is set to celebrate its Grand Opening this week.

A ribbon cutting is set for 8:30 a.m. Thursday and Manager Randy Beeson said he and the store’s 20 employees are excited to serve Greenville. The store had its soft opening nearly two weeks ago and Beeson said it was time to officially open the store.

“The public has been enjoying it,” Beeson, the longtime manager of Fred’s and owner of the building, said. “We want to fill this parking lot up.”

The transition from Fred’s to Roses Express has taken place quickly, according to Beeson.

“I left the former Fred’s really quickly — I guess out last business day was Aug. 3,” he said. “I went to work the next Monday with Roses. I thought I was going to get a little vacation between the two, while I was trying to finish closing out and packing up the store — that didn’t happen.”

Beeson, who has worked in retail since he was in high school said he became a manager with Fred’s in 1979 and had worked in management at 14 different Fred’s stores before planting his roots in Greenville.

Beeson said customers will enjoy the variety at Roses Express.

“We have a full selection,” he said. “We have health and beauty aids, we have your cleaning supplies, we have paper goods, candy, food, beverages and we have a tremendously nice clothing department. We have an exceptional bed and bath, home décor and housewares section. We’ve got the same selection that they put in a 55,000 square foot store. Not quite the quantity, but the same selection. That gives Greenville a real boost. You have the ability to find it here without having to go to a big store or something in Montgomery.”

“It’s fixing to be massive on toys around here for Christmas,” Beeson said. “We’re doing that in a big way. They are telling me not to be shocked if we get a truckload of toys.”

The customers have received the new store well, according to Beeson.

“They’re loving it,” he said. “They are really bragging about it. I’ve been in the building 32 ½ years and you’d been surprised how many people have come out and said how much they like it and how big it is. It’s really still the same size I had, but we’ve made some changed and remodeled. It feels like it’s bigger than it was. The customers said they felt a little more boxed in with the canopy that protruded from the walls. This opens it up.”

Roses is open seven days per week, Monday through Saturday from 9 a.m. until 8 p.m. and noon until 6 p.m. on Sunday.

“I want to invite everyone out to our Grand Opening and to the new store,” Beeson concluded.