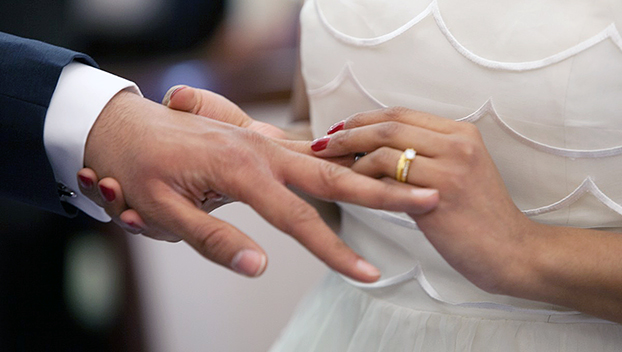 A new marriage law that takes effect on Aug. 29, will change the way couples legalize their union and Butler County Probate Judge Steve Norman is working to make sure people know about the changes.

“Under the current law, couples come into the office for a marriage license and have a 30-day window to bring the signed paperwork back to the Probate Office,” he said. “After Aug. 29, that law will no longer be in place. The state is currently working on a form and finalizing it that the couple would get notarized and return to us. Currently under the law, the officiant has to sign the document. Under the new law, that will no longer be the case. You don’t even have to have a ceremony. It’s now up to the couple to verify that they are married.”

Norman said that when the new law takes effect, the old law would be repealed, therefore couples coming in to get a marriage license for a wedding after Aug. 29, would not want to file the current paperwork.

Though the Alabama Department of Public Health indicated that they would accept remissions of certificates from licenses issued for 30 days past Aug. 28, Norman said judges have raised concerns about whether marriages based on this process will be valid. He said judges have been advised to have couples getting married after Aug. 29 complete the new form/process.

“If you’re getting married before the 29th, you need to get your (old) forms back to the Probate Office before then,” he said.  “After that, you need the new forms.”

Norman said anyone with questions about the new process can contact the Butler County Probate Judge’s Office at (334) 382-3512.