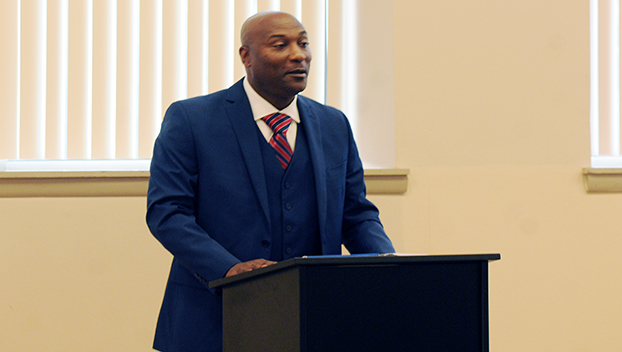 The announcement of two new principals in the Butler County School System highlighted tonight’s monthly meeting of the Board of Education.

Following the news, Howard expressed his gratitude for his new position.

“Thank you for this amazing opportunity to serve Greenville High School,” he said. “When I go somewhere, I am invested, and I am looking forward to working with each and every one of you.”

Keeping the students in mind, Howard touched on his goals.

“I am extremely excited to work with students; that’s why I’m here,” he said. “One goal, fairly lofty, but attainable, I would like for Greenville High School to be one of the top schools in the State of Alabama.”

Benson, who has been serving as assistant principal at Greenville Middle School, was also pleased with her new role in the district, and is looking forward to the new year.

“As most of you know, I graduated from Georgiana School,” Benson said. “I am looking forward to getting back to my roots and leading by example with everyone following behind.”