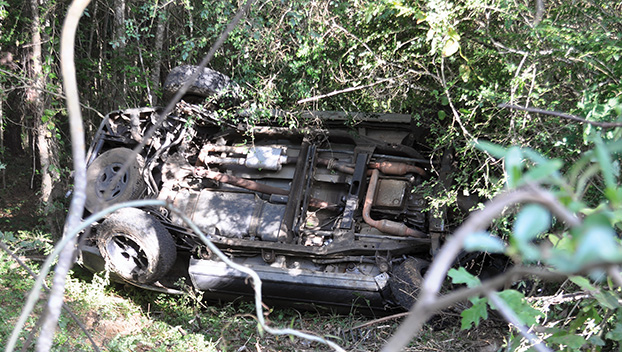 The long Fourth of July holiday weekend was a deadly one on waterways and roadways across the state, including in Butler County.

A single-vehicle accident claimed the life of a Wilcox County man in Butler County over the weekend, according to Alabama State Troopers.

Corey Dwayne Williams, 41, of Camden was killed when the 2014 Hyundai Elantra he was driving left the roadway and became submerged in a creek. The crash occurred on Alabama Hwy. 10 at the 112-mile marker, approximately 20 miles west of Greenville hear the Wilcox County line.

Family members had reported Williams missing after he failed to report home on July 4. Nothing further is available on the accident as ALEA State Troopers continue to investigate.

Greenville police also issued a warning of slowed traffic on Interstate 65 midday Sunday after multiple minor accidents combined with heavy traffic on I-65 between Georgiana and Greenville caused major delays.

GPD Chief Justin Lovvorn said Monday that the department stayed busy over the weekend by numerous traffic accidents. Much of the traffic detoured through Greenville causing delays around town, primarily on Fort Dale Road.

Alabama State Troopers also responded to an minor accident on I-65 late Sunday afternoon that clogged traffic in the northbound lanes just south of exit 128.

The weekend was also deadly on waterways across the state, though no major incidents were reported in Butler County.

The Alabama Law Enforcement Marine Patrol Division responded to 12 boating accidents that resulted in six fatalities over the July 4 holiday. The accidents took place across the state at various lakes, rivers and creeks.  More than 20 injuries were reported.