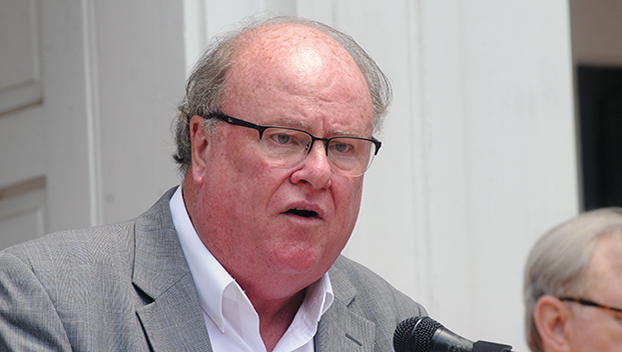 Activities at the Dunbar Recreation Center have been limited the first half of this summer as repairs have been underway on the facility’s gymnasium.

According to Mayor Dexter McLendon, crews worked for several weeks to address issues at the aging facility located on Schools Highlands Road.

“We had to put a new floor in,” McLendon said last week. “We had some issues that we were concerned about — there could have been some mold underneath the mat. When that happens, and it comes to your attention, you have to get it taken out and cleaned. There are rules and laws we have to follow.”

The mat and other flooring was removed, cleaned and repaired as a result of the discovery. However, once work began, another issue arose.

“When we got in there, we found out that there is part of the tile — the glue — that might have some form of asbestos in it that we were not aware of,” McLendon said. “Of course, when all of that was done, you didn’t have all of the rules about asbestos. There was a very minimal amount, but while we were doing it, we took everything out.”

The gymnasium reopened last Thursday, the day before the first official day of summer. Summer campers are able to access the gymnasium now that repairs are completed.

The repairs came at an unexpected cost to the city. During Monday afternoon’s City Council meeting, non-budgeted “emergency” expenditures totaling nearly $20,000 were approved. Ark Remediation charged $15,675 for emergency removal and disposition of asbestos from the gymnasium and $3,376.36 was paid to Alabama Restoration for emergency mold remediation.

“We’re going to do it the right way,” McLendon concluded.