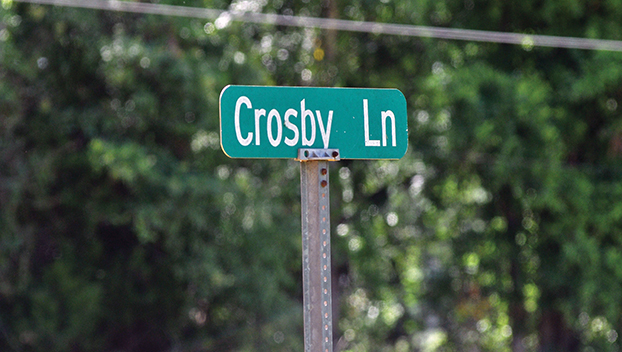 The deadly shooting took place at a residence on Crosby Lane just outside the city limits. | Photo by Mark Rogers

A 16-year-old juvenile and three 19-year-old men have been charged with murder in connection with the shooting death of a Greenville man last Wednesday.

Butler County Sheriff Danny Bond said Monday afternoon that the four were each being held on $500,000 bonds. He did not release the names of those charged in the murder saying they would be released in the next few days pending more work on the investigation.

Bond said the victim, Willard Crook Jr., 47, was killed at a residence on Crosby Lane just outside the city. Crook suffered a single gunshot wound.

“Words were spoken between the victim and the four who have been charged,” he said. “There was an altercation. They returned a short time later and the shooting took place.”

“We called for the dog from Atmore and by early Thursday morning two of the suspects were in custody,” Bond said. “Greenville Police got one on Thursday and the last one was arrested Monday (today).”

Bond also thanked those who cooperated in the investigation.

“A lot of citizens called in and gave information,” he said. “We had a lot of citizen cooperation. That cooperation helps when it gets down to brass tacks to find out what happened. We’re working to build relationships with the public.”

Crook was taken by ambulance from the scene to the Regional Medical Center of Central Alabama in Greenville where he was pronounced dead.