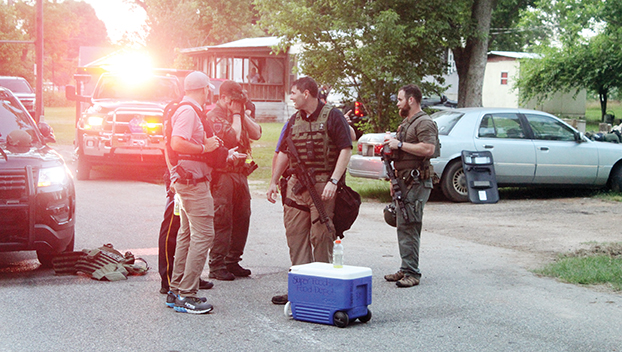 A situation that began with the routine serving of a warrant escalated into a standoff at the Old Acres Trailer Park on Hwy. 10 between Rutledge and Luverne last Thursday.

Agents on the ground were in communication with the suspect but were unable to resolve the situation in that manner. After an hours-long standoff, however, officers were able to enter the residence after using flash grenades and tear gas to extract and arrest McAfee.

He was then taken into custody of Butler County Sheriff’s Office. McAfee was charged with buying/receiving stolen property and was still in the Butler County Jail as of Tuesday morning. More charges could be pending in connection with the incident.