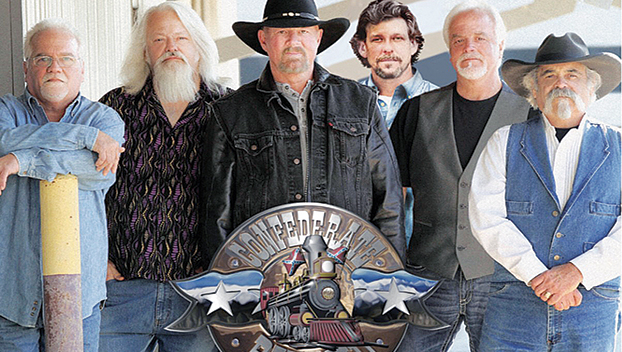 Confederate Railroad, Tony Jackson, Jason Petty and a host of other national known entertainers will headline this year’s Hank Williams Sr. Festival in Georgiana, May 31-June 1.

This will mark the 40th anniversary of the Annual Salute To A Legend, and the festival promoters are going all out to make this year’s event one of the best.

Featured entertainers that will be on stage to honor one of country music’s most legendary singers and songwriters during the two-day festival include, Confederate Railroad, Tony Jackson, Jason Petty, Mason Ramsey, Brad Magness and his band, Mary McDonald, Colin Leatherwood, Starla Jones, Tyler Jones, Terry Smith, Ricky Fitzgerald, Mary Battiata, Edward Johannson from Sweden, The bands; Flash Back and New Vision, and many other entertainers.

Confederate Railroad was formed in Atlanta in 1987. After paying their dues, they rolled onto the national country music scene in the early ’90s with a unique style and sound of modern country and Southern rock, which earned them comparisons to Charlie Daniels and Hank Williams Jr. After more than three decades, they are still one of the most sought-after country bands.

Their first single from their debut album (“Confederate Railroad”) was “She Took It Like A Man.” It went to No. 26, a preview of what was to come. “The next two singles, “Jesus and Mama” and “Queen of Memphis” went to the top of the charts. Three more huge hits followed, “Trashy Women,” “When You Leave That Way You Can Never Go Back,” and “She Never Cried.” “Trashy” would lead to a Grammy nomination and become their signature song. That album with six hits and nearly three million sales brought Confederate the Academy of Country Music’s Best New Group Award in 1993 as well as numerous nominations from the Country Music Association and the British Country Music Foundation.

The second album, “Notorious,” produced one of the group’s most popular songs “Daddy Never Was the Cadillac Kind,” which became a No. One video as well. “Elvis and Andy” and “Summer in Dixie” would further establish the Railroad as one of the most versatile acts in the business. This album would sell more than one million. Their overall totals are 18 charted hits and five million albums sold.

Young people will be at the festival rocking to “Trashy Women,” while their parents and even grandparents will likely be singing along to “Jesus and Mama.”

At the end of each show, the band stays around until every fan who wants an autograph, or to pose with the group for a picture or just say “hello” is taken care of.

Gates open Friday at 2 p.m., with the entertainment beginning at 3 p.m. The lineup for Friday will feature Brad Magness, Mary McDonald, Colon Leatherwood, and several others, before the Confederate Railroad takes the stage about 9 pm.

On Saturday, the music will begin at around 9 am with the Hank Williams Fan Club portion of the show. The regular festival entertainers will begin about 1 pm. They will include: Jason Petty, Mary McDonald, Colin Leatherwood, Edward Johannson, Mason Ramsey, Tyler Jones, the bands; “Flashback” and “New Vision,”Starla Jones and conclude with Tony Jackson appearing about 9 pm.

Thursday, May 30, at 7 pm, there will be a free karaoke session.

The Hank Williams Festival is an outdoor event, sponsored by the Hank Williams Museum. There is no reserved seating. Bring your lawn chairs. No lounge chairs, coolers, food, drinks or pets can be taken into the park.

A special weekend ticket, good for both days, can be bought for $40. This is a savings of $10 over the regular single-day admission price. This ticket must be purchased by May 26. To order, or for additional information, call (334) 376-2396, or log on to: www.hankwilliamsfestival.com.