Agencies plan for the worst 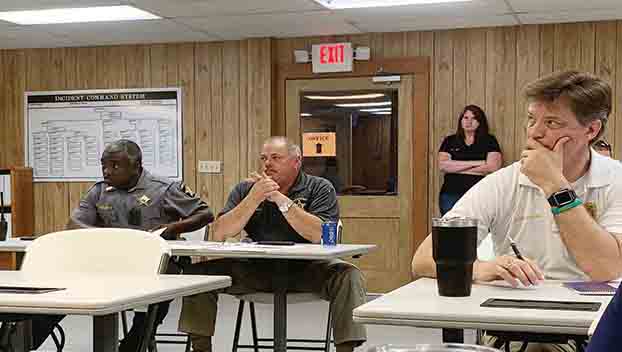 Several emergency scenarios will play out next week as various agencies in Greenville and Butler County prepare for the worst.

The Greenville Police Department and the other agencies will have several scenarios playing out during the exercise, which will take place Tuesday (May 14) at 10 a.m. The exercises will take place at several locations in town and officials want people to know that a heavy police and fire presence may be seen at several locations. Locations include the area of E-911 on S. Conecuh Street, Regional Medical Center of Central Alabama and Harrison Funeral Home on the Greenville Bypass.

“We’re going to put signs out letting people know that it is a drill,” Butler County EMA Director Kris Ware said following the meeting. “We want to let citizens know it is occurring.”

According to Ware, all of the agencies involved will be documenting responses and focusing on cooperation between agencies in emergency situations.

The event could last several hours next Tuesday. On the same day, the State of Alabama will also be conducting a hurricane exercise to prepare agencies for the upcoming hurricane season.

Fill a bag Saturday to Stamp Out Hunger