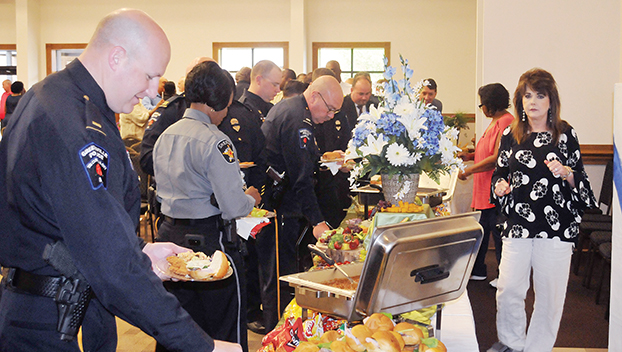 Law enforcement officers from across Butler County will honor their fallen colleagues in a ceremony next week. | File Photo

The Greenville Police Department will be hosting its 22nd annual Law Enforcement Memorial next week.

The event will take place at 11 a.m. on May 15 at the Wendell Mitchell Conference Center at the Lurleen B. Wallace Community College Campus in Greenville.

Retired Greenville Police Chief Lonzo Ingram will be the featured speaker for the program and lunch will follow.

Law enforcement officers from across Butler County are expected to be in attendance as they are every year. Officers who have died in the line of duty will be honored as well as their family members.

A total of four Greenville Police officers have been killed since 1900.

Course aims to help with shortage in logging personnel