Fill a bag Saturday to Stamp Out Hunger 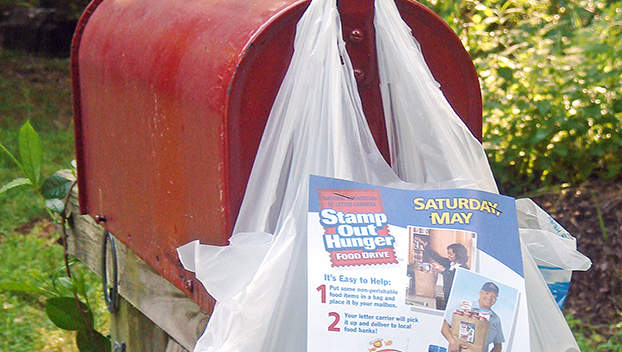 Butler County residents will have the chance to help those around them who are hungry by leaving food at their mailboxes on Saturday as part of the National Association of Letter Carriers’ annual food drive.

Millions of Americans live from one day to the next uncertain where their next meal will come from — a sad statistic that helps to reinforce the importance of the annual national Stamp Out Hunger Food Drive, to be held this year on May 11.

Since the nation’s largest single-day food drive began in 1993, letter carriers — ably assisted by untold thousands of family members, friends and other volunteers — have collected more than 1.5 billion pounds of non-perishable food left by customers’ mailboxes and delivered to local food banks in more than 10,000 cities and towns in all 50 states, the District of Columbia, Puerto Rico, the Virgin Islands and Guam.

To participate, bag healthy nonperishable food items and place them by your mailbox for your letter carrier to pick up and deliver to food banks and pantries in the community.