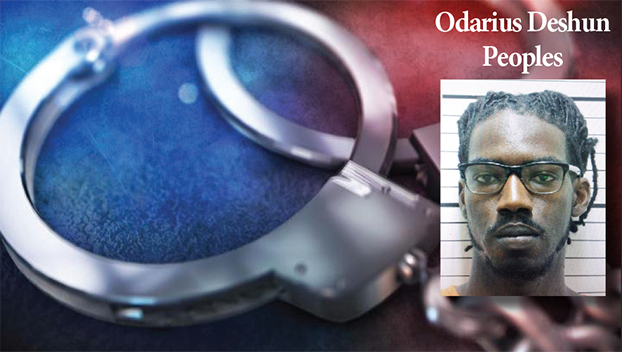 A Luverne man is in custody after turning himself in to the Crenshaw County Sheriff’s Office.

According to WMBF News in South Carolina, the [Scotland County] Sheriff’s office investigators found that a 12-year-old girl, who is a student at the school, was in communication with 24-year-old Odarious Deshun Peoples of Luverne, Alabama.

“Investigators said the communications included elicit conversations and exchanges of “suspected exploitative materials.” The investigators also stated to WMBF that Peoples told the 12-year-old he wanted her to leave North Carolina and move to Alabama.

The [Scotland County] sheriff’s office has obtained criminal warrants for the arrest of Peoples for first-degree child exploitation, solicitation of a minor child by computer and indecent liberties with a minor child.”

On Wednesday afternoon, following a search by CCSO investigators, Peoples turned himself in and is currently in the Crenshaw County Jail.

“I told my investigators to go find him this morning, and I think he was feeling the heat and turned himself in,” Crenshaw County Sheriff Terry Mears explained.